Some criminals don’t care if it is broad daylight, or how many people are around. They just want to steal things. And with the open concept and lack of real security at Apple Stores, I guess it doesn’t matter what time of day it is or how many people are around. An Apple Store was recently robbed of $27,000 worth of products in just 30 seconds. Of course given how expensive Apple’s products can be, that likely just means that someone stole Three iPads and a MacBook Pro. 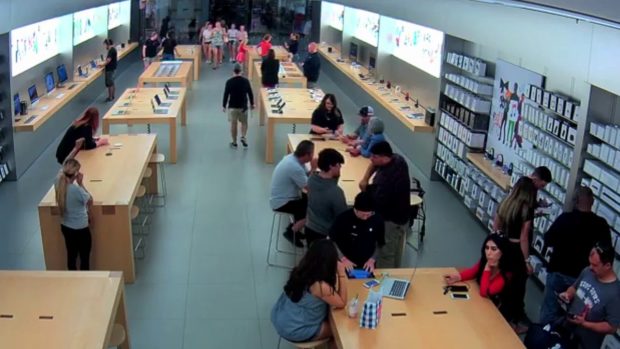 Seriously though, These thugs made off with a lot of stuff. The robbery happened on July 7 at the Fashion Fair Apple Store in Fresno, California. The robbery was quick. At around 0:26 mark in the video below, the store surveillance captured a group of hooded robbers rushing into the store, where they quickly scooped up laptops and other items from the display tables. By around 0:45 mark, they were out of the door. It was a lightning-quick heist. Well, Apple did make it very easy for them.

It might be a good idea to actually invest in some real store security – at least some locking cables – just in case others try to mimic this crime. The important thing is that no one was hurt. Except for Apple’s pride.