A Maze is an Analog Arcade Machine

We’ve all played Pac-Man, Space Invaders, and Centipede, but what if those games had been less digital and more of an art installation? Would you still be interested? This arcade machine is called “A Maze,” and is the work of artist Marco Iannicelli. It is all analog, including the motor that’s used to manipulate the 7 concentric ring maze on top. 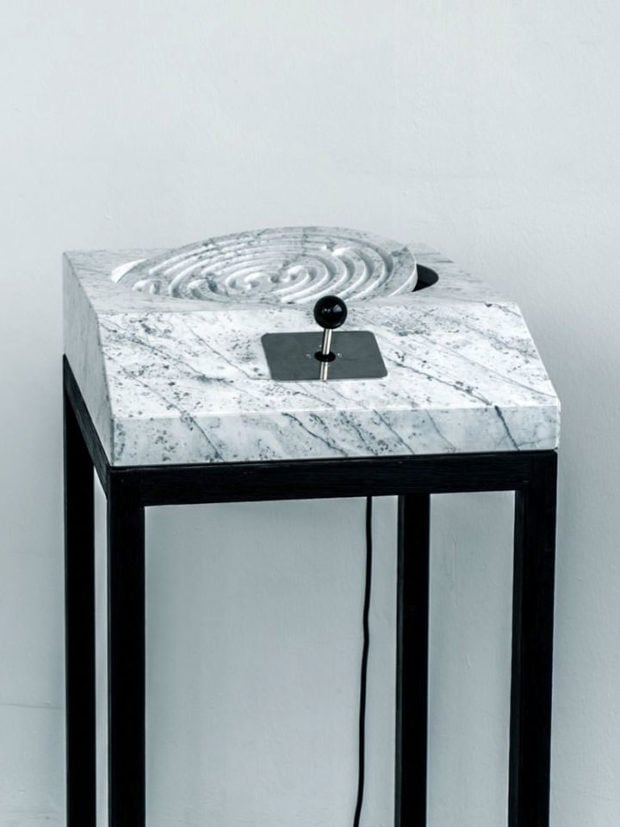 The entire piece is carved out of marble making it look like an arcade game that the Romans might have used. The control is a lone black joystick that is used to steer the labyrinth and help the metal ball to its goal. You’ve probably played this classic concentric maze game in your hands, but I imagine it’s a whole new game with a joystick. It would be interesting to play this game and see how hard it really is to control. 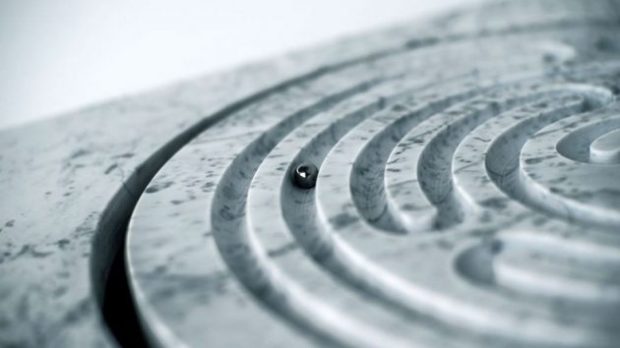 This maze game is about more than just trying to get the steel ball from start to finish. Instead of getting the ball to the center, this maze has the “end” just an inch from the start. But why? The creator simply says that it “playfully illustrates the complexity of the space-time continuum and makes it understandable and tangible.” Thanks. That really clears things up. 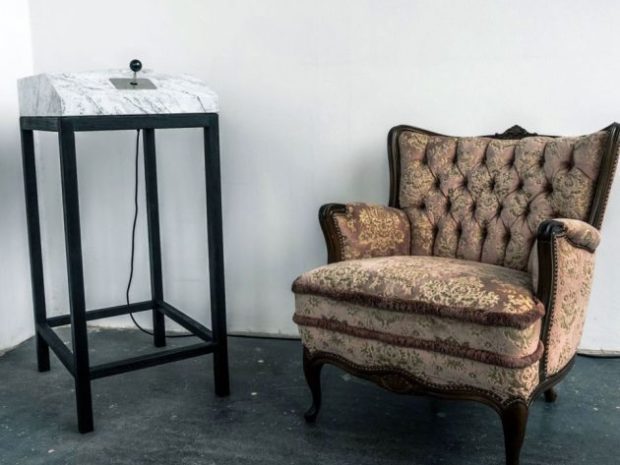 [via Dude I Want That via Mike Shouts]