News about Fallout 76 is everywhere right now. So I have the wasteland on my mind and my mind on the wasteland. That means it is a good time to buy some Fallout merch, and I have a thirst for a yummy bottle of Nuka Cola. Specifically, this neat Nuka-Cola Quantum mood light. Bonus: I didn’t have to find it in some dirty old locker in the desert. 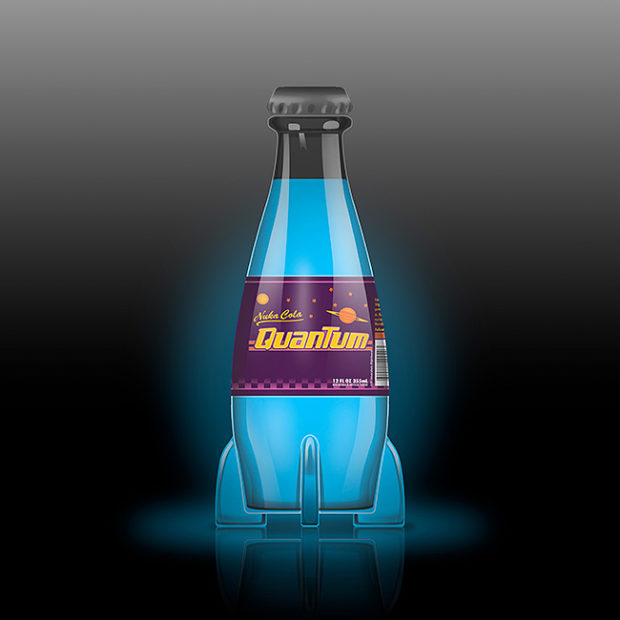 Nuka Cola is known for it’s combination of seventeen different fruit flavors, and now the Nuka-Cola Company has added an eighteenth fruit flavor (pomegranate) and mildly radioactive strontium isotope which gives it that bright blue glow. Refreshing!  Though instead of being powered by radioactivity, the light-up version runs on three LR44 button cell batteries which are included, or  via USB with the included cable. 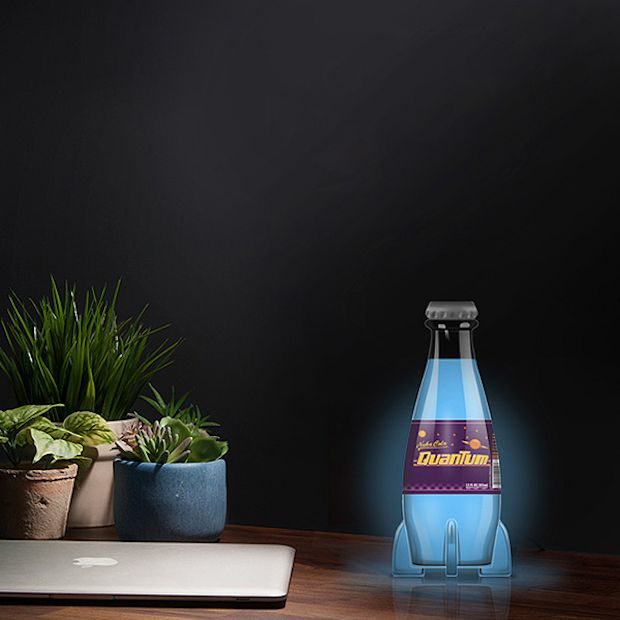 You can pre-order this lamp for yourself over at ThinkGeek for just $29.99, and it’s expected to ship in November timed to coincide with the release of Fallout 76. Whether you are with the Brotherhood, a super mutant, or just a traveler of the wasteland, we all love Nuka Cola. So get yours while you can.