If you want a robotic army to take over the world, you’ll need the ability to mass produce them. That’s why Boston Dynamics has announced it expects to be ramped up to build over 1,000 of its SpotMini robotic dogs per year by the end of 2019. In other news, bunker production is expected to soar by 2019. 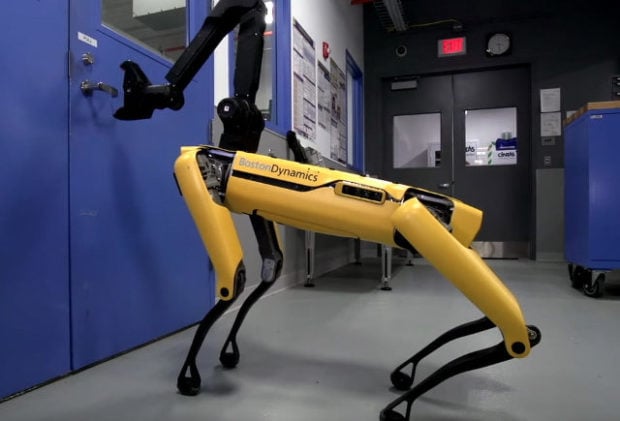 “We’ve built ten by hand, we’re building 100 with manufacturers at the end of this year, and at the end of 2019, we’re going to begin production at the rate of about 1,000 a year,” Also, the attachment point where the SpotMini’s robotic arm stems from its body could hold a variety of attachments in the near future. They are “to be designed and produced by third parties,” It could be a claw, a power tool or a camera.

What have we unleashed? Do you want robot dogs with machine gun attachments? I don’t want that. For every robot dog that is purchased, people like me will be purchasing a panic room. The bots will inherit the Earth, while we turn into pasty white worm people. Good job, Boston Dynamics.