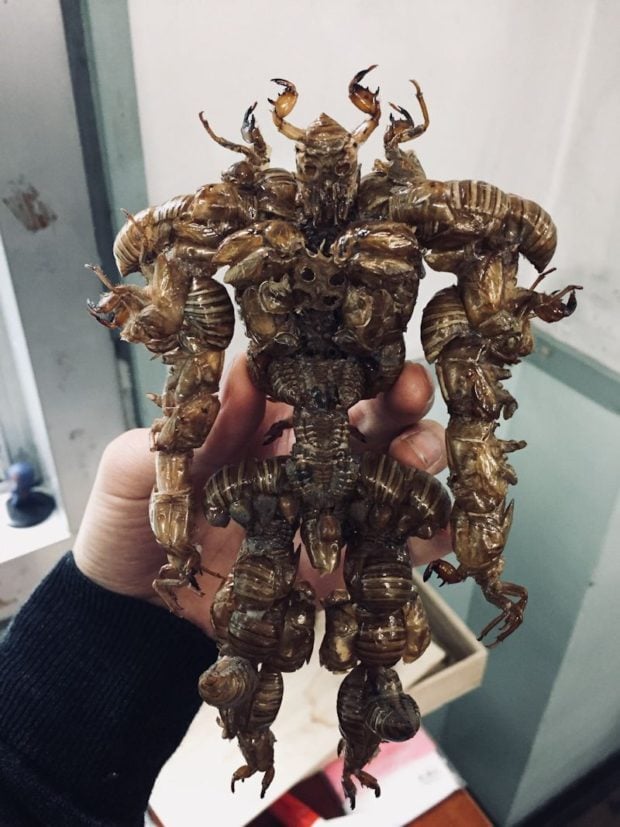 We know this because he posted several photos of his disturbing creations. They may be disturbing, but I have to admit, they are also very cool and he is very talented. It begs the question, why does he have so many insect and crab shells laying around? And once you ask that, it becomes even creepier. He may be an insect serial killer. We just don’t know. Don’t want to know. 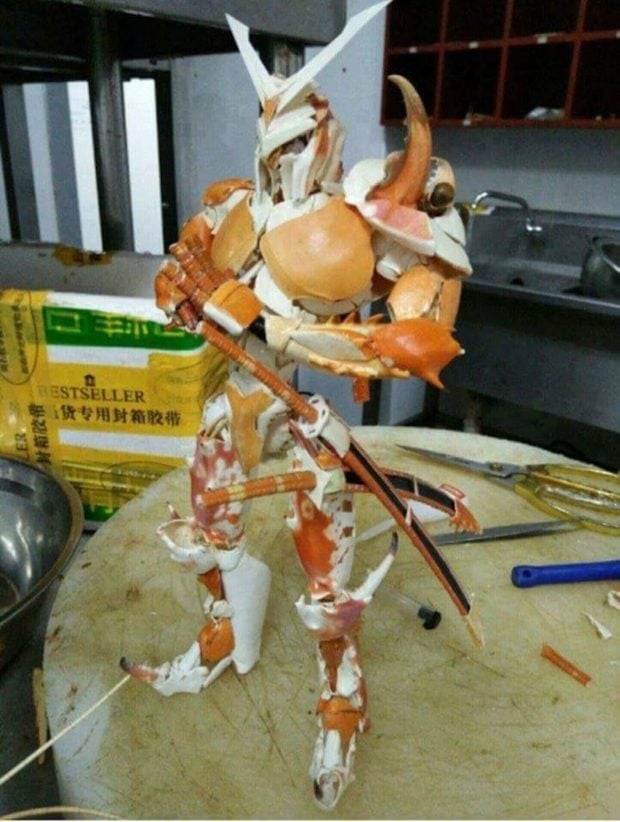 These truly are heroes in a half shell. One of his favorite shells appears to be that of the cicada, which make me feel all icky and gross. I have to be honest, there’s no way I could touch these, never mind putting them on my shelf. 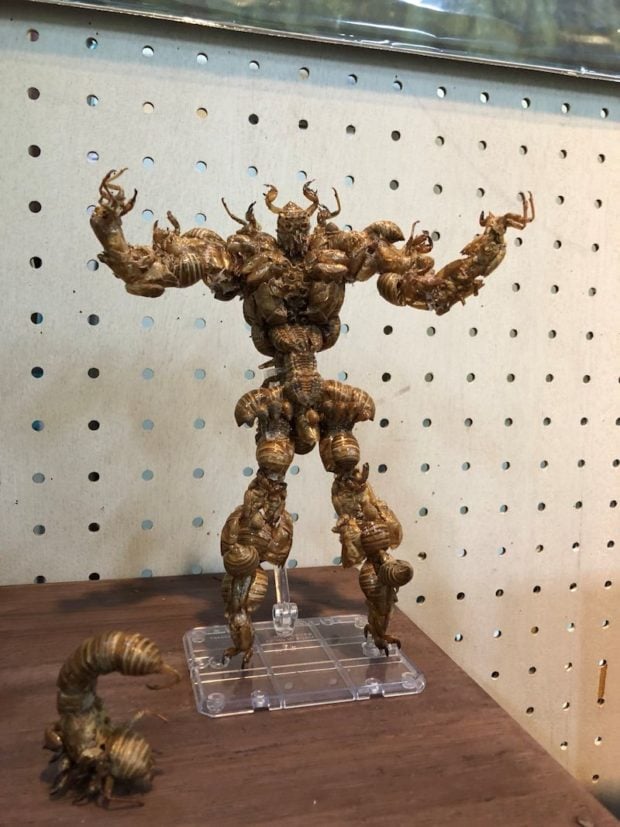 Maybe he’ll make a Spawn out of prawn one day. I think that should be his next creepy masterpiece. This guy does really great work. Just keep them away from me is all I’m saying.

[via SoraNews24 via Laughing Squid]