The sun is a crazy hot place. Just step outside in any of the summer months in Texas and you know this is true. The other day we talked a bit about the NASA Parker Solar Probe and how it would eventually become the fastest man-made object ever. At the time, I wondered how the probe could fly so close to the surface of the sun and not melt. It turns out NASA has an explanation for that. 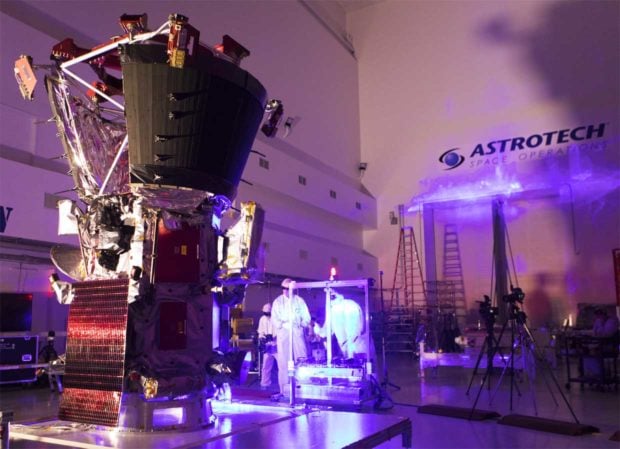 The probe will travel through the corona of the sun where temperatures are greater than a million degrees Fahrenheit. The first reason it won’t simply melt is the probe’s fancy custom heat shield. In addition, the probe is designed to automatically face its heat shield in the proper direction, and it also packs a radiator-based cooling system. In addition, the low density of the plasma in the solar corona means a relatively small amount of heat will transfer to the probe.

The heat shield’s material is a carbon composite foam sandwiched between carbon plates. It is covered with white ceramic paint and can withstand temperatures up to 3,000º F. The video below shows just a tiny bit of how heat resistant the carbon composite material is, as its heated with a blowtorch to around 200º F. It would be interesting to see how well it works at full temperature.