If You are a fan of Theo Jansen’s Strandbeest creations, you are going to love this. A recently released video shows off the evolution of his mechanical creatures, and there’s also a video of the new UMINAMI model he created this year. 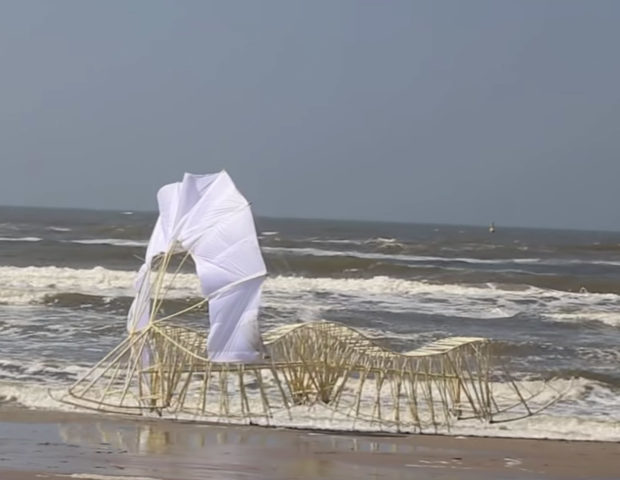 Just in case you aren’t familiar with these majestic man-made beasts, Strandbeests are skeletal structures made from plastic tubing that walk along the beach, and are powered by the wind.

It’s interesting to see all of the different versions that he has made and how far these beasts have come over the years. People love these unique creations because they are creative, magical and full of wonder. If you ask me, Jansen’s latest design is his best yet. It looks pretty graceful doing its thing. The UMINAMI is not only graceful, but it looks fast too.

Theo says that he eventually wants “to put these animals out in herds on the beaches, so they will live their own lives.” I think that a herd of these things might be a bit creepy, but I really want to see that now. You know, someday some race is going to dig these up from the dirt and think they were the skeletons of living beasts.