Building a Super Mario Bros. Maze for a Rat

Do you have a pet rat? Do you want to build a maze for him or her to hang out in? If so, you might as well make a geeky one – something that will entertain you as much as it does your rat friend. A maze that looks like a level from Super Mario Bros. should do the trick. 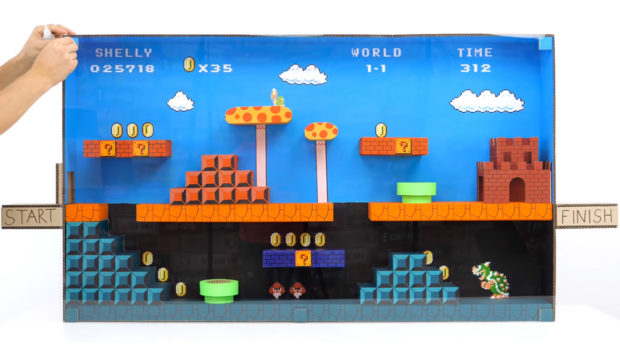 Maker The Q built this colorful rat maze using just cardboard, hot glue, paint, and a sheet of clear acrylic for the front. It’s pretty awesome, but easy to make your own with a little skill and patience. His rat named Shelly figures out how to make it through to the end with no problems at all. There’s not even a single Goomba or Koopa. It can’t even collect any coins or use the warp pipes. Imagine how disappointing that is to a rat.

Designing a rat maze is like designing a video game – you don’t want to make it too easy for them. Include some Hammer Bros. to toss hammers at it. Some lava lakes. Spike pits are a nice touch too. Chain Chomps? You know it. You can’t go too easy on rodents. They want a challenge.