This Tiny Holographic Girlfriend Is Ready to Move in

Gatebox’s Azuma Hikari is a holographic digital assistant who doubles as a virtual girlfriend. She stands 8 inches tall and lives in a glass capsule, which you can put anywhere in your tiny dark apartment. 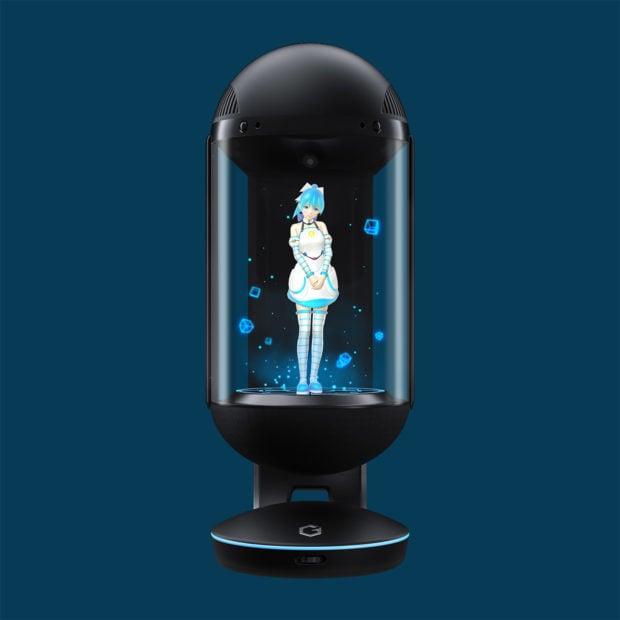 In this commercial for the creepy Japanese gadget, this guy actually leaves work early because his holographic girlfriend texts him. He then cooks her a special dinner because it’s their three month anniversary of living together. So basically this guy is going through his usual pretend girlfriend routine only now he has a tiny hologram to keep him in his mom’s basement forever.

This virginity keeper-intacter can text you and also act as a home automation control system, turning your lights on and off and more. I bet when you piss her off, she can turn evil, cut the lights, and make your smart gadgets kill you. Yep, you will be hers forever. Don’t work. Instead come home and cook me dinner that I won’t eat. Oh, so sorry you lost your job. Why don’t you get a job you slob? I hate you. I’m filing for holo-divorce! Pay for my holo-lawyer, you chump!

The Gatebox will set buyers back 150,000 yen (~$1356 USD), plus another $14 a month in subscription fees for the Azuma Hikari character (presumably other characters will be available down the road.) While this virtual girlfriend isn’t cheap, she’s about half the cost of the original limited-edition version we first saw back in 2016.