Famed Russian arms maker Kalashnikov wants to branch out from making guns, and get to the serious business of making mechs. That’s where the REAL carnage is at. Recently they were showing off their wares at the Army-2018 International Forum in Moscow, and one of its coolest designs is a mech that looks a lot like ED-209 from Robocop. It’s a concept, so right now it’s just a statue. We think. 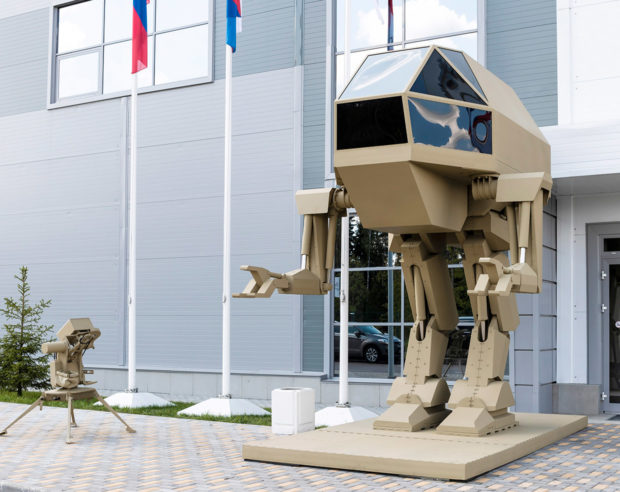 Kalashnikov has released photos from the exhibition, and this thing is what everyone is talking about. The company says that the walker could be used to solve “engineering and combat tasks,” which we can assume means it can fix things and kill things. 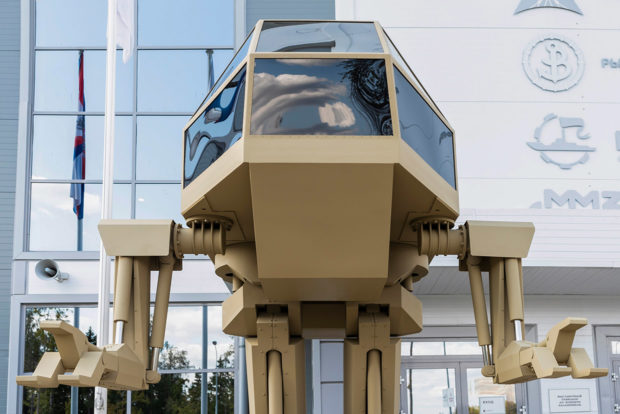 We have no idea if this prototype actually moves or even walks. We know that it can look like a statue, which means that if it does work, it could use the element of surprise. Kalashnikov says continuing development of the machine will be displayed at the next military exhibition. 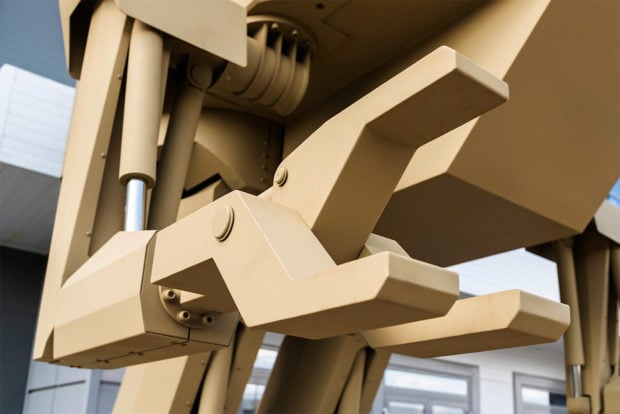 I’ve seen Robocop, so I know how this plays out. Except we don’t have Peter Weller to protect us like in the movie. We need a Robocop on our side before they complete this thing. Your move, creep! 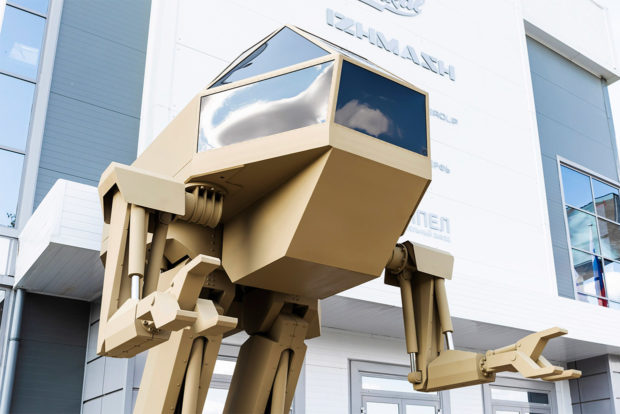