These days, when you buy most TVs, you get some sort of smart TV functionality built in so you can stream content. But the vast majority of these streaming services require an additional subscription fee, adding to the cost of your broadband connection and the TV itself. In their continual efforts to offer great value and functionality in its products, Vizio has announced that many of its TVs will now get more than 100 channels for FREE.

In partnership with Pluto TV, most Vizio SmartCast-enabled TVs can now view dozens of live and linear channels of content without any cost at all. The new service offers a variety of streamed content, including movies, news, viral videos, music, and lifestyle programming, all for no money. 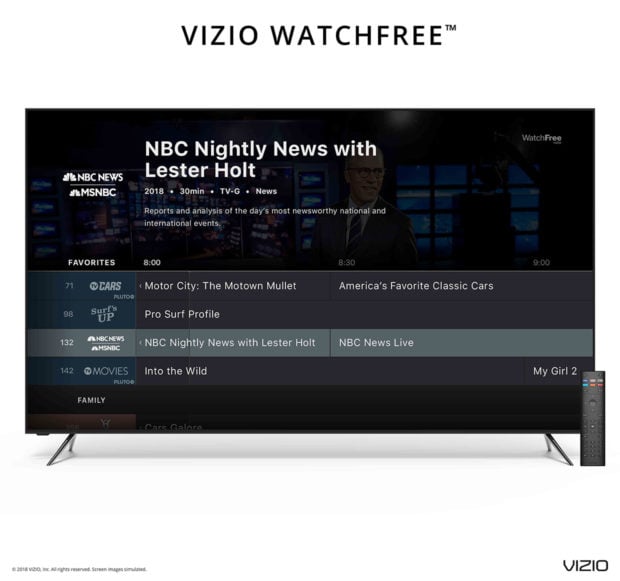 All of this content is in addition to the free over-the-air content enabled by the built in digital tuner in every 2018 Vizio SmartCast TV, further enhancing access to free programming. I’m excited to have access to this service, since I have a Vizio M-series display in my living room, and plan on starting to watch it right away.

As an added bonus, those interested in picking up one of Vizio’s top-of-the-line P-Series Quantum displays should take advantage of an amazing deal. Between August 22 and September 24, 2018, the 65″ P-Series Quantum will be on sale for up to $600 off from select retailers, including Costco, Sam’s Club, and Best Buy.