I remember when John Wick first hit the theaters and I heard his killing rampage was over his dead dog. I thought that was kind of a dumb premise and didn’t go see it in theaters. When it hit video, I decided to give it a watch, and it’s now easily my all-time favorite action flick. It’s not about the dog being killed, it’s really about his wife being gone and losing his last tie to her and not caring if he lives anymore. At any rate, it’s an awesome movie and if you haven’t seen it rent it now. Fans of the film will want to order up this this action figure action figure. 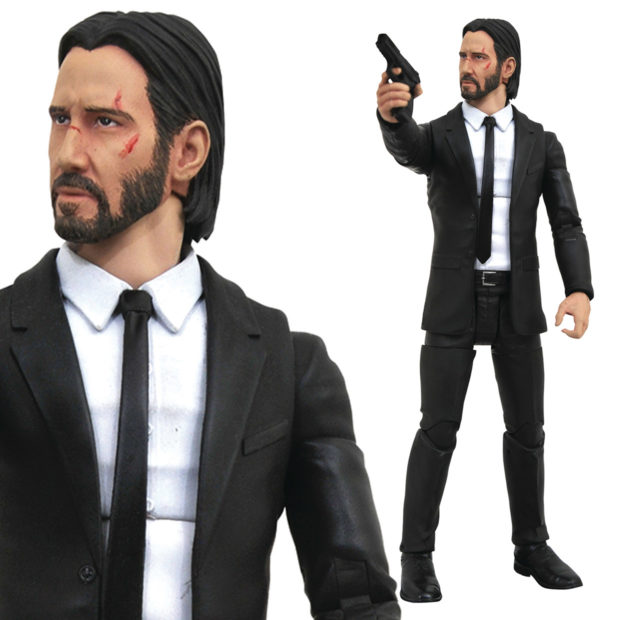 Diamond Select’s upcoming 7-inch figure is based on Wick’s appearance in the first film, so that means he is packing his German handgun rather than the Austrian Glock from the second film. The action figure has over 20 points of articulation.

The description says that he comes with multiple weapon accessories and his dog that set off the killing spree. None of those accessories are shown in images. You can get the action figure in March 2019 for $22.99 and it can be pre-ordered now from Entertainment Earth.