People love HBO’s Game of Thrones, so of course the merchandising tie-in volume has been pretty heavy. You can buy GoT-themed Funko Pops, action figures, plushes, and much more. The latest entry vying for you to pay the gold price comes from New York brewery Ommegang who has partnered with HBO Licensing for their newest Game of Thrones-themed beer.

This beer is called “King in the North,” and draws inspiration from Jon Snow. It is the fourth and final beer in the company’s Royal Reserve Collection. It’s aptly named because after you’ve had a few of these, “You know nothing, Jon Snow.” 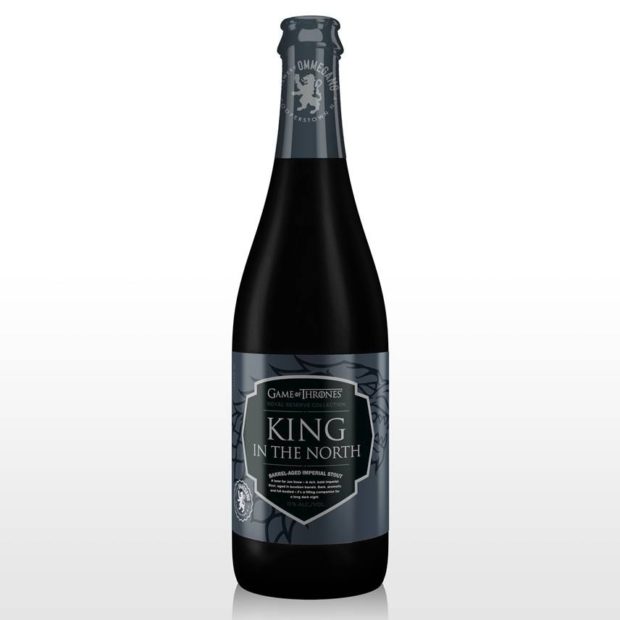 It is described as “brewed to sustain a leader through a long, dark night, King in the North is a barrel-aged imperial stout.” Sounds good to me. King in the North will be available at Brewery Ommegang and select retail stores on Black Friday, November 23rd. The beer will be available both on draft and in 750ml bottles for $12.99 each. The beer will also come as part of a gift pack, which includes all four Royal Reserve collection beers and a Game of Thrones glass for $24.99.

The already existing beers include Hand of the Queen, a barleywine; Queen of the Seven Kingdoms, a sour blonde blend; and Mother of Dragons, a smoked porter and kriek blend.

[via The Full Pint via Comic Book]