Autonomous cars are coming no matter what we all think or want. These rides will one day drive us around without us having to do anything but sit in the seats and stare blankly at our smartphones. The problem, at least according to Jaguar Land Rover, is that pedestrians and cyclists won’t have a driver to look in the eyes before crossing in front of the car, which could mean they don’t know if its safe to cross. 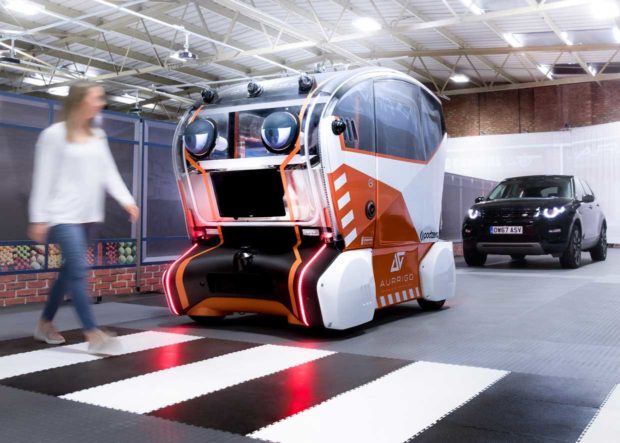 The answer, according to the British automaker is to put beady little eyes on the front of autonomous cars that look at the pedestrian or cyclist. The idea is that with the fake eyes looking you in the eyes more trust will be created. The video shows a creepy autonomous pod eyeing cars and people crossing the road.

The eyes on the modified Aurrigo autonomous vehicle follow the woman in the crosswalk, going full Sir Mix-a-Lot and checking out the motor in the back of her Honda. Yep, eyes on cars are weird. Can’t we just use lights, guys? Turn signals are yellow, brake lights are red, backup lights are white, and pick a color for “I see you, walk” for autonomous cars. I’ll even get you started – how about green?

At least give your pod with eyeballs a tow hook and redneck voice.