Recently LEGO Technic released a scale model of the Bugatti Chiron, and I thought that was pretty darned impressive in its own right. But now, a team of ingenious and talented designers and engineers have gone above the call of duty, creating a full-size replica of the Chiron, made almost entirely from LEGO Technic parts. Oh, and it actually holds a full-size human and can be driven. 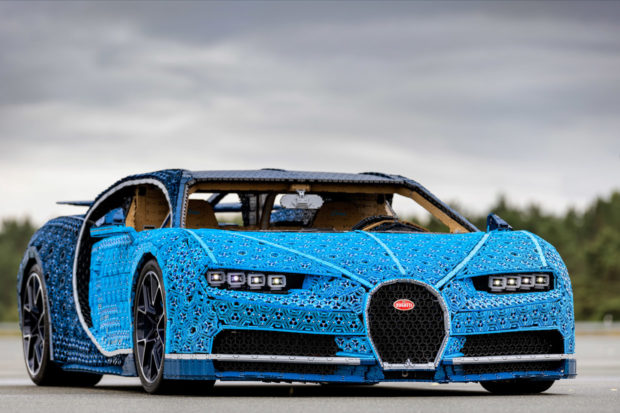 It took the team at LEGO Technic’s Kladno factory in the Czech Republic over 13,000 hours to design and build this incredible vehicle. Over 1 million individual LEGO components went into the build, including over 2,300 individual LEGO Power Functions motors, ganged together to produce enough power to move this 3,300 pound replica. Incredibly, no glue was used to hold the parts together either, a rarity even for large-scale static LEGO models, let alone one that can be driven. 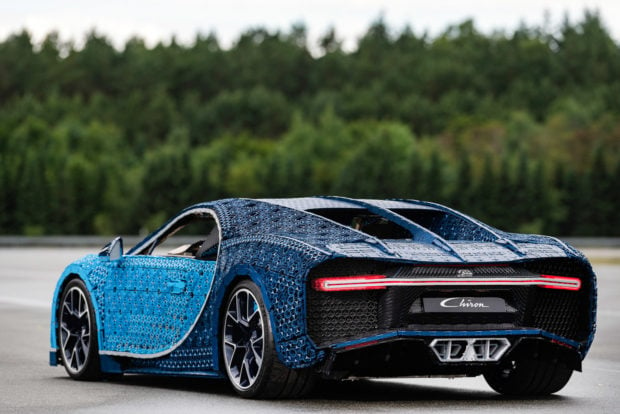 It tops out at just 12 mph, and its motors generate a total of 5.3 horsepower, a far cry from the 1,479 horses that an actual Chiron makes, but I don’t care. This thing is simply amazing on every level. Just look at this thing. It lives at the perfect intersection of three of my favorite things – cars, technology, and toys. 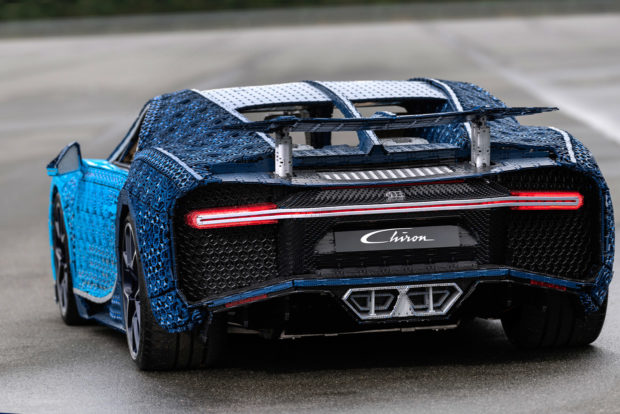 Every detail is impeccable, from the clusters of LED headlamps, wrapped in new transparent Technic bricks, to the retractable rear spoiler out back. LEGO, you have truly outdone yourselves with this build. 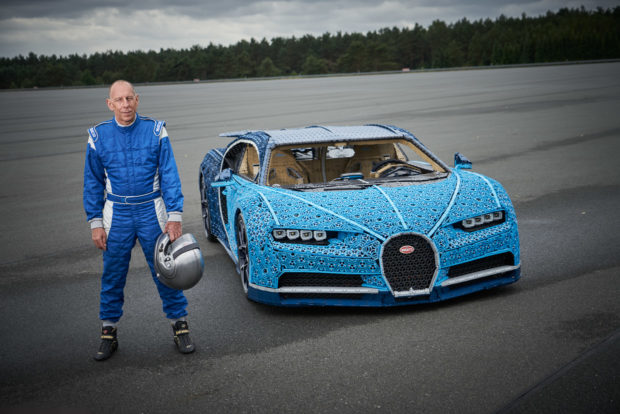 Now check out the LEGO Chiron in action in the video below, as it takes its inaugural ride with championship race driver Andy Wallace behind the wheel. Then take a gander at the gallery below for some behind-the-scenes photos of the car’s construction. 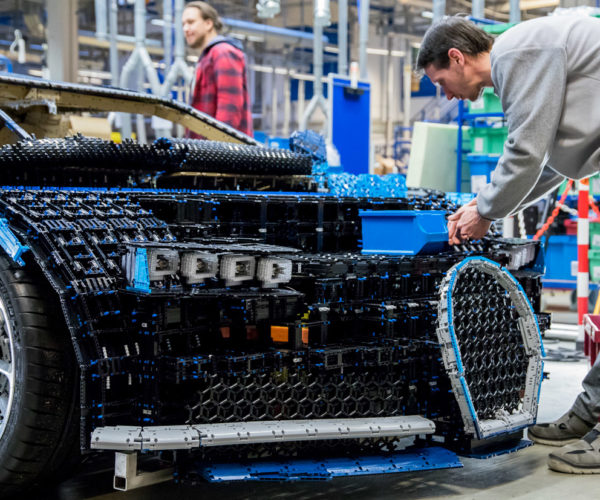 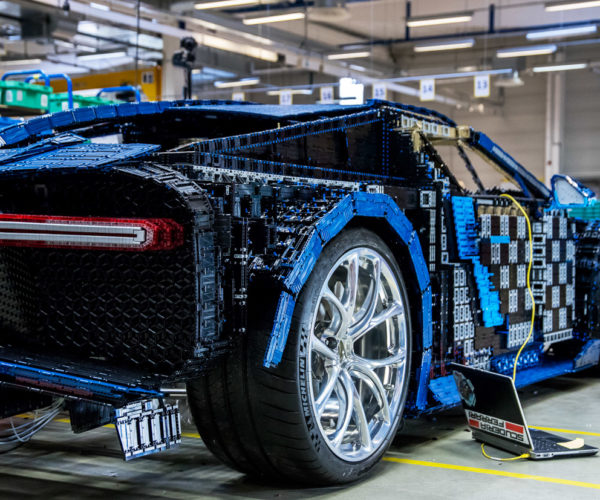 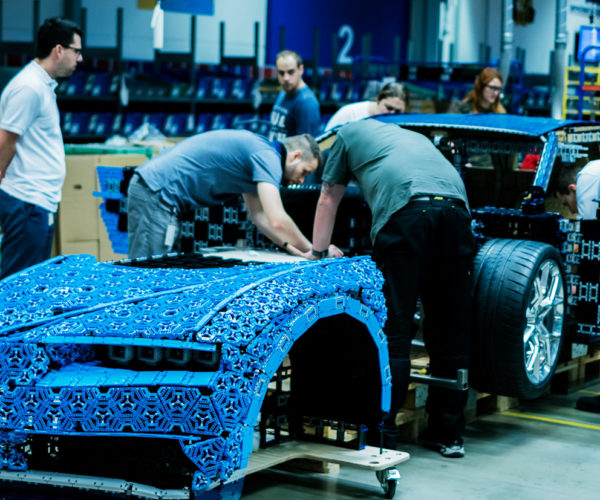 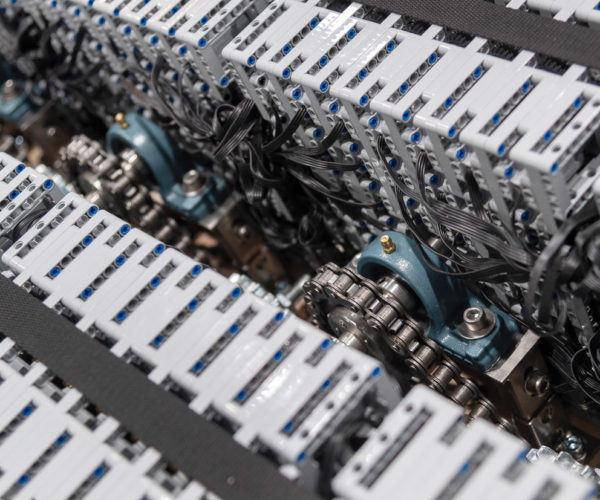 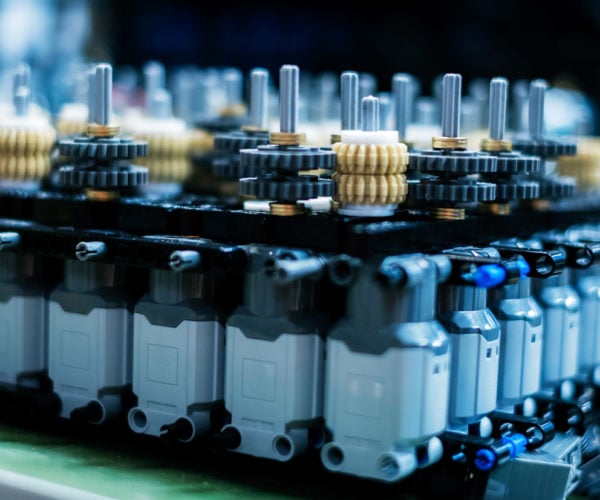 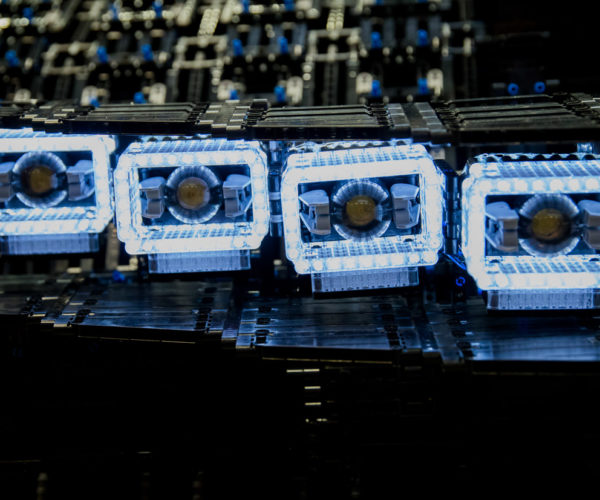 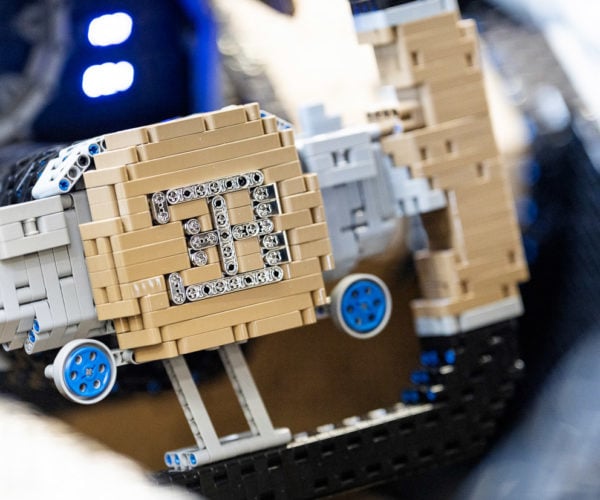 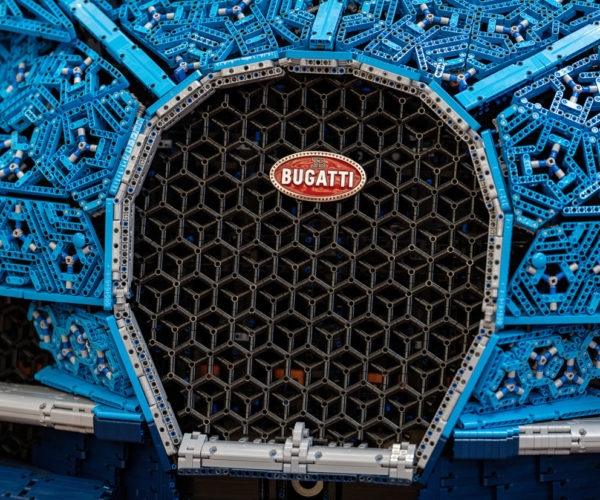 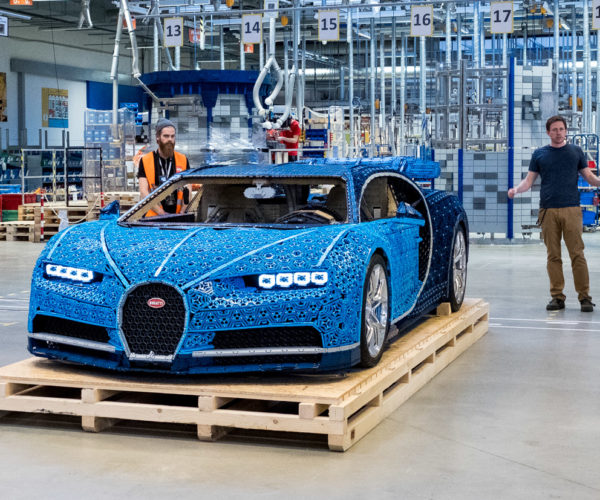