Of all the families in the Game of Thrones realm, the Lannisters are the most screwed up. They have the money, power, and more dysfunction of any three other families combined. One of them broke free of the madness to some extent, and that’s Tyrion – who, like many of you, I’m sure – is my favorite of the clan.

The Imp may be rather small in stature but he’s big in his ability to consume wine and solve problems. After all, he drinks and knows things, that is what he does. Fans of Tyrion Lannister will want to check out this action figure based on his looks in season 7 of the series. 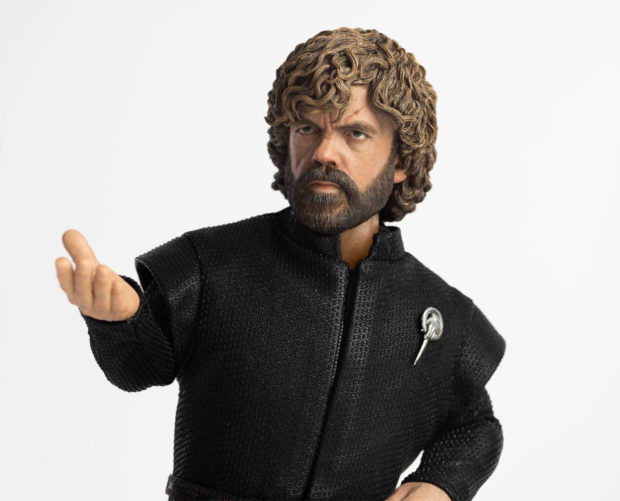 Standing 8-3/4″ tall, Threezero’s 1/6th-scale figure features a fantastic head sculpt of actor Peter Dinklage, and comes with a Hand of the Queen pin and a shiny silver pitcher and goblet for drinking. He also comes with different hands with one that allows him to hold said goblet and another for holding the pitcher. 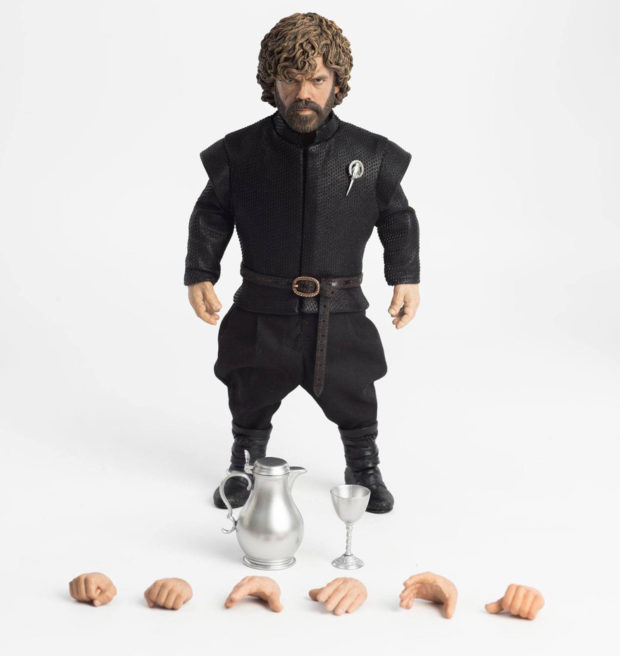 There’s also a Deluxe Edition which includes a series of bonus accessories – a set of 9 pieces from his war strategy planning map. 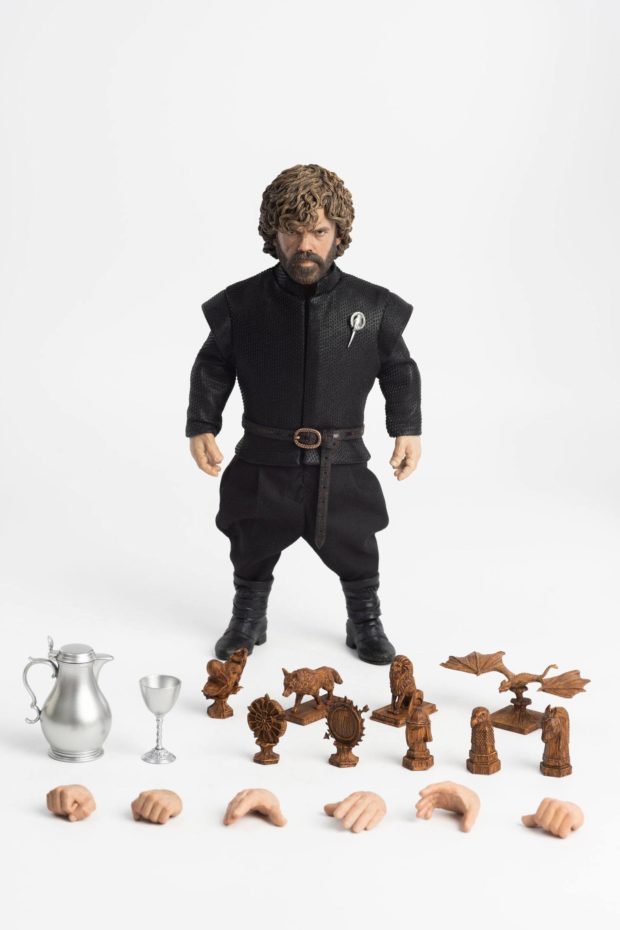 Being a high-end collectible, it’s not cheap with the standard version going for $177.99, and the deluxe version going for just $20 more. If you’ve got the gold to spare, you can pre-order now at Entertainment Earth for June 2019 delivery.