Few things are less appealing to a cowboy from the rural wilds of Texas that is a real rodeo cowboy than moving to New Jersey. This is exactly what happened to Steve Bacque when he met a woman from Jersey and got married. The couple moved back to her home state, and that meant Steve had to look at life without his horse. 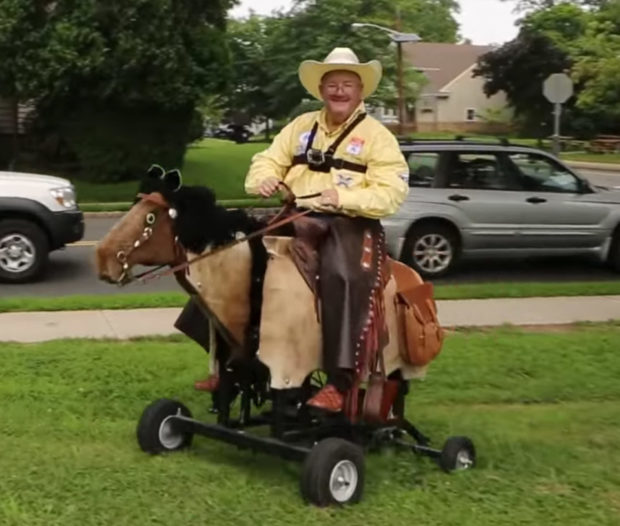 His answer wasn’t a new wife, a rural New Jersey home, or a new horse. He decided to build himself an awesome electric horse he named “Charger.” The horse is powered by an electric golf cart motor and is controlled using a pair of reins. This is the only horse I know with more than one horsepower.

Charger can go up to 40 mph at full gallop, which is too fast for an old cowboy, so Steve limited its speed to 15 mph. It even has a wheelie bar out back because being thrown from an electric horse just won’t do. As an added bonus, this thing won’t poop everywhere.