One of my favorite movies of all time is Léon: The Professional. Not only was it the big screen debut of Natalie Portman, but she played a complete badass in the film, which she starred in at age 12, but it was helmed by the wonderfully over-the-top French director Luc Besson. The film is packed with insane amounts of violence and destruction, as Portman’s character Mathilda becomes sidekick to hitman Jean Reno’s Léon.

On a completely unrelated note, I also love Super Mario Bros., which – on the surface – appears to have nothing in common with The Professional other than the large amount of killing that goes on – though in Nintendo’s case, the violence is against Koopas and Piranha Plants. Perhaps seeing those tentative parallels, the toy designers at Fools Paradise decided to combine the two. 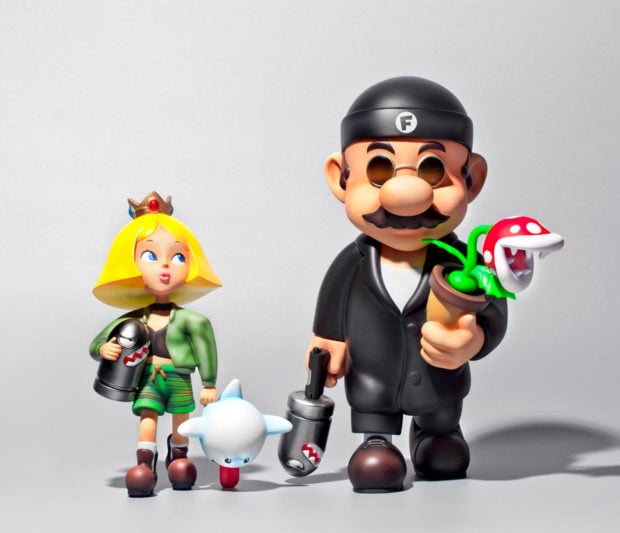 The one issue with their stock version of the toys is that Mathilda has been give the blond hair and blue eyes of Princess Peach, so they went ahead fixed that with their “Director’s Cut,” bestowing her with a look much more screen accurate to Portman with her dark hair and brown eyes. The new look is much more serious, and better suits the feel of the film. 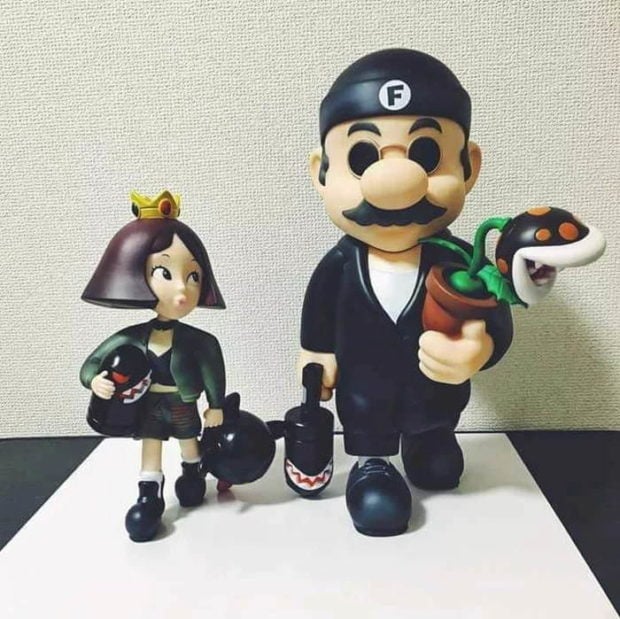 There’s also a blacked-out version of Boo, Bullet Bill, and that killer plant along for the ride. This set of custom vinyl figures is something I would thrilled to have in my collection, but sadly it appears the toys are already sold out.