Chinese drone maker Geneinno is now taking pre-orders for its Titan 6-thruster underwater imaging drone. With prices starting at $1199, it’s one of the most affordable true underwater drones on the market. Its maker also claims that it has the highest available pressure rating, meaning it can dive deeper than other drones. 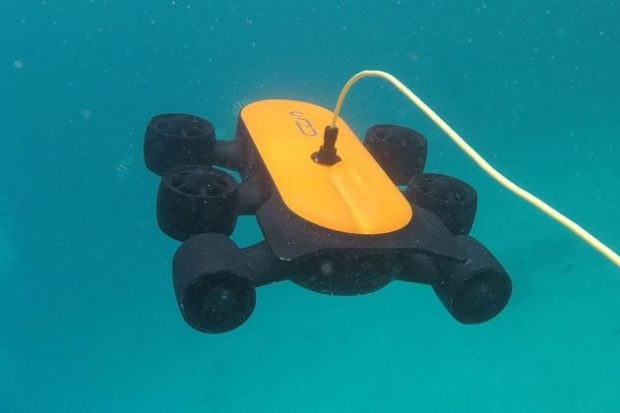 This drone is capable of diving down to a depth of 492 feet (150 meters), with a maximum forward speed of 2 m/s (4 knots, 6.6 ft/s). It should capture some amazing underwater footage in up to 4K UHD, as well as 8-megapixel still images. It’s got a bright a 3,000 lumen lighting system, and streams remote footage at 1080p resolution. The lens has 160-degree wide FoV and color correction dive filters as well.

The Titan Underwater Drone also has an extension port that allows you to add options like sonar, a robotic arm, an underwater microphone, and more. It has a 1/2.3-inch Sony CMOS image sensor, 32 GB of onboard storage, and a 9,000 mAh battery that will deliver up to 4 hours of runtime per 2-hour charge. 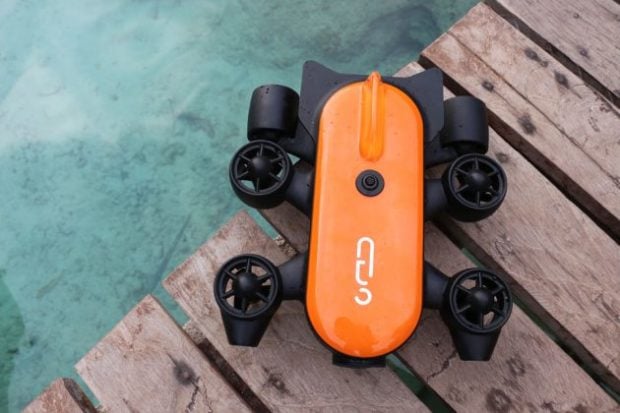 It comes with a wireless surface unit with 50 meters (164 feet) range, plus an option to extend to 150 meters (492 feet) via cable. You can control it via Bluetooth using a dedicated drone controller, or use the app to control it with your smartphone or tablet. 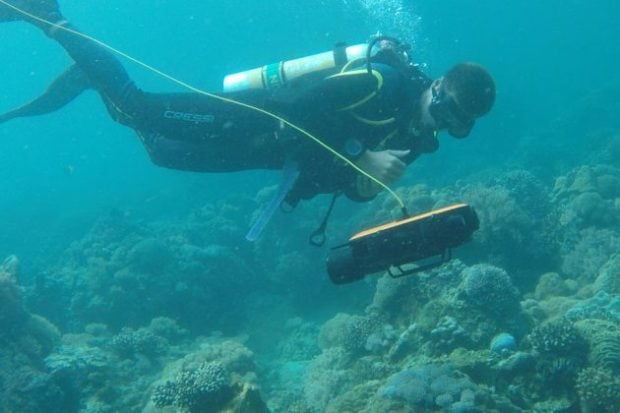 The Titan underwater drone recently raised over $200,000 on Kickstarter, where you can still pre-order one for yourself.