This BMW Motorcycle Can Drive Itself

I’ve been excited about the prospects for autonomous cars since Herbie the Love Bug raced around on his own back in the day. I often wonder why with all the tech out there today, no one has shoehorned autonomy into a classic Bug. Seems like a no-brainer to me. And the size of the systems certainly shouldn’t be an obstacle, as BMW proved with their autonomous bike concept design. 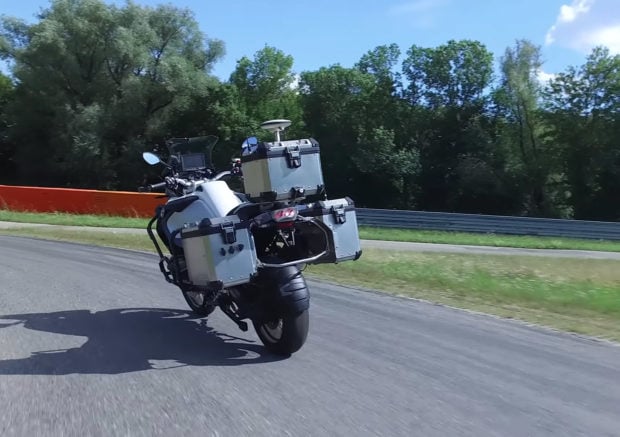 BMW GS series adventure bikes like the R1200 are more common than Harleys here in Colorado, and the bulk of them only get ridden once in a blue moon to the coffee shop on a Saturday morning and then back home. The BMW motorcycle shown here is a testbed that BMW Motorrad has cooked up that can take off, navigate corners and curves, and stop all on its own.

This isn’t a way to replace humans in the motorcycling equation, that would just be stupid. BMW Motorrad says that this is a testbed to help it developed safety tech to make motorcycling safer. The technology could help riders retain control in an emergency braking situation, navigate around an obstacle, and prevent riders from drifting out of their own lane. Cars already have this sort of tech, so why not motorcycles?

The video showing a motorcycle cruising around on its own is interesting. It rather reminds me of the glorious time in the ’80s when I’d jump off my three-wheeler while it was cruising along just to see what happened.

[via Road and Track]