Guy Creates His Own Flying Car That Looks Like a Spider

Traffic in the Philippines capital of Manila is some of the worst on the planet, so it only makes sense that if you could fly over it, you would. Quezon City, Manila inventor Kyxz Mendoza is attempting to do just that, with the creation of his very own flying car. It took him six years to design and build the metal and carbon fiber sedecacopter (16-rotor) flying car after getting fed up with land-based traffic. 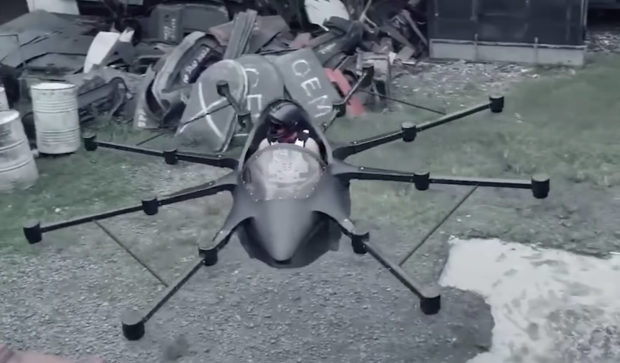 The video below from The Daily Mail shows off his first successful test light. After he tests it out more, Kyxz wants to design and sell sell a two-seater version. One of the big problems right now is that the vehicle needs about a two and a half hour charge to fly for only 12 to 15 minutes. That’s fine for short trips if you are staying a while, but that will need to be improved to become truly practical.

The design is pretty cool, but that battery life is terrible. I would definitely fly to work in this thing. I would also park on top of a car that belonged to someone I didn’t like. Hopefully, they wouldn’t just drive off at the end of the day with my vehicle on their roof.

[via Daily Mail via Geekologie]