We haven’t heard anything about AIST Japan’s HRP humanoid robot line for a while. The new version, the very industrial-looking HRP-5P has some cool skills. It looks a lot like Boston Dynamics’ ATLAS, which sports a similar framework body. That’s good for us humans, because if we need to kill it, all of its sensors, motors, and electronics are exposed. That’s what I call forward thinking. 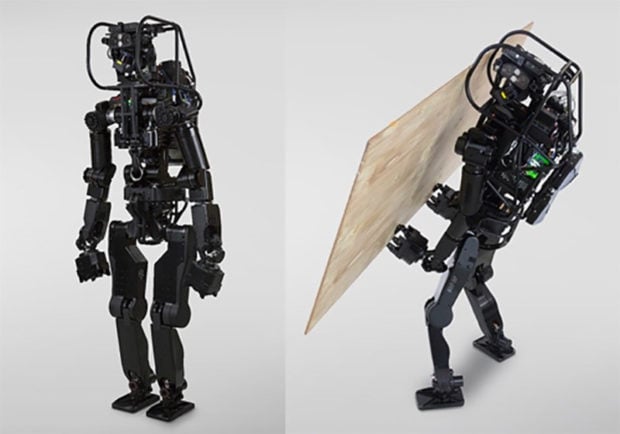 This version of the robot has some impressive tricks up its robo-sleeves. The ‘bot can walk over to a table, pick up a piece of drywall, and screw it to the wall thanks to its built-in electric screwdriver. The demo video below is basically the company saying, “Hello contractors. You will soon be out of business once our robot is mass produced, and doing a bunch of Bob Villa work inside homes.”

The robot weighs about 222-pounds, which is light enough to work in environments designed for humans to navigate without special accommodations needed for the robot’s heft. And hey, at least if this robot is fixing stuff in my house, I’m not likely to see his butt-crack as he’s bending over and fixing a pipe. Seriously, why don’t those guys cover up?