The Nintendo Wii has been modded countless times, but this particular build is an especially wee Wii. This isn’t some kind of Raspberry Pi emulator. What you’re looking at is a fully functional Wii gaming system crammed into an Altoids tin, dubbed the “Kill Mii.” I doubt if anyone can go much smaller than this. 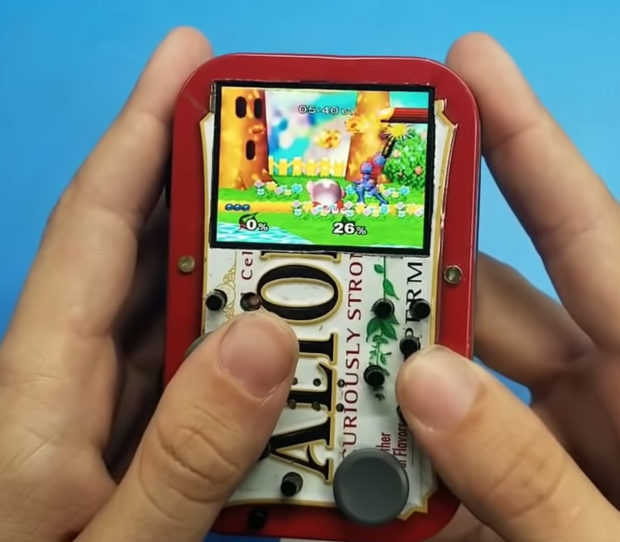 So how exactly did Shank Mods manage this? Well, much like the Atari 2600, you can cut off the majority of the Wii’s motherboard and still have a functioning system. Sure you are ditching things like the GameCube controller ports and SD card slot, but who needs those anyway? After that, you just need to install a new firmware that tells it to ignore things like a lack of disc drive and load games as ISOs from an attached USB flash drive.

The system has a battery that can run the device for about 10 minutes per charge, which is longer than you would want to play on this thing given its wonky controller setup. Still, it’s an impressive build and wasn’t designed to provide a great user experience. Like many other mods, it was simply done because it could be done. So what’s next? Who wants to build an even wee-er Wii? No doubt someone will eventually take up the challenge.