This is the heyday for retro gaming with mini console remakes. Nintendo kicked things off with the NES Classic and sold tons of those machines. It followed up with the SNES Classic, and rumor has it that a GameCube Classic could be in the works now too. Sony wanted in on the mini console revival, and recently announced its PlayStation Classic Edition for Christmas 2018. The good news is that you can now get in on the action and pre-order your console at Target. 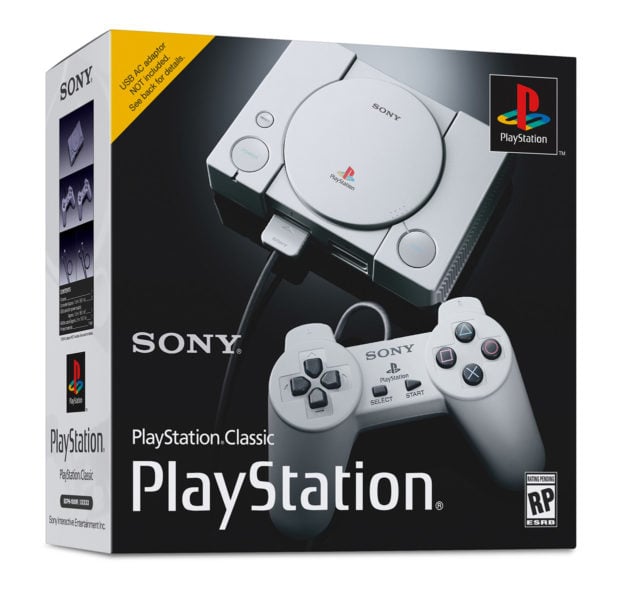 The console sells for $99.99 and comes pre-loaded with 20 games, including Final Fantasy VI, Jumping Flash!, Ridge Racer Type 4, Tekken 3, and Wild Arms. It also has a pair of controllers for competitive action, and includes an HDMI cable and USB cable in the box – though for some reason Sony doesn’t include an AC adapter in the box.

We mentioned before that the PS Classic is expected to sell millions of units this holiday season. Sony seems very confident it can meet demand, but you never know, so you’d be wise to pre-order anyhow. The official launch date for the PlayStation Classic is December 3. Pre-orders will be delivered on or shortly after December 2.