Guy Builds a Gaming PC Inside of a Toaster

Plug this thing in, and all your games are toast, and so is your computer. For real. xXNokkenXx created this toaster PC by stripping down a stainless steel four-slice toaster, installing a wooden block at the base and mounting the components to that. 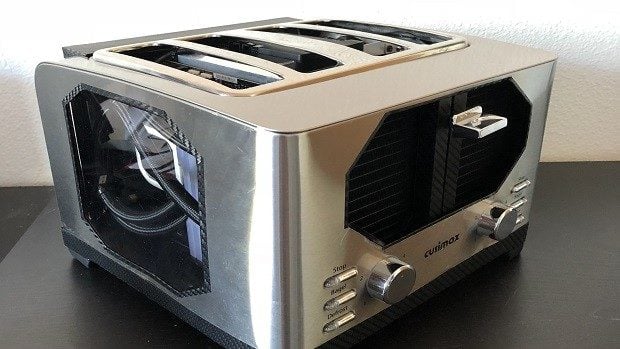 It doesn’t make toast anymore, which is a shame, because when you are gaming, you probably want some toast for a snack. It runs an AMD Ryzen 7 CPU and an Nvidia GTX 1080 Ti graphics cards. There are newer GPUs, but the 1080 Ti inside the toaster PC was the most powerful graphics card in the previous generation, and still able to keep up with the Nvidia RTX 2070. It’s still fast enough to run games in 4K resolution, as well as VR titles. 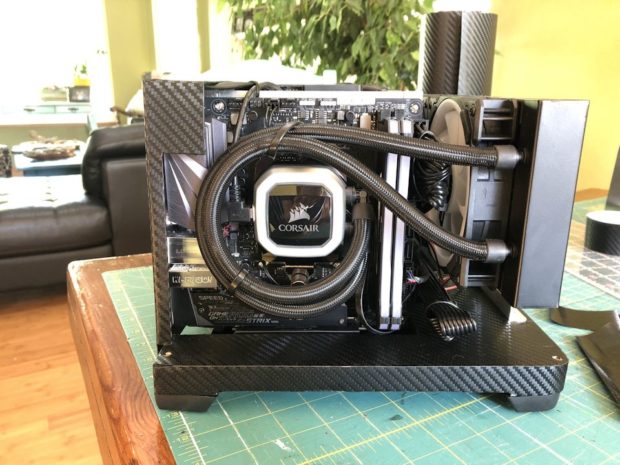 One of the slicker features of the build is the working toast lever, which acts as a power switch for the system:

The modder did a really great job with all of the details on this build, and it is amazing that he got all of those parts inside. People like to say that their computer is toast when it breaks down, but in this case, it really is and it happened during the build process. I love the look of this thing. Great job. 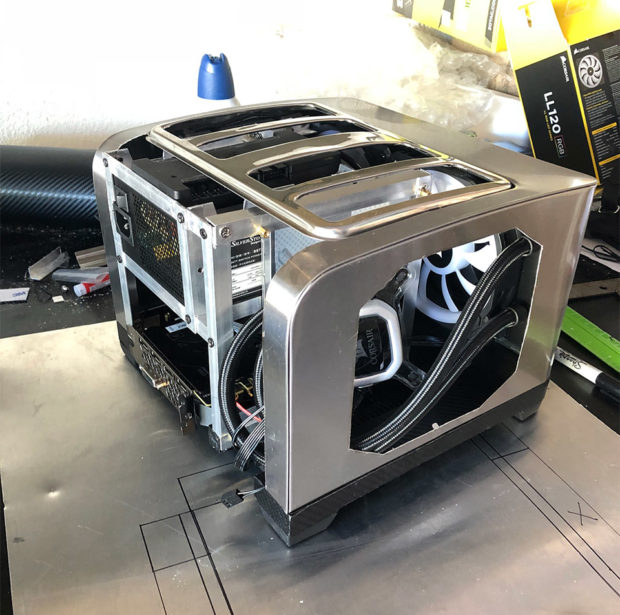 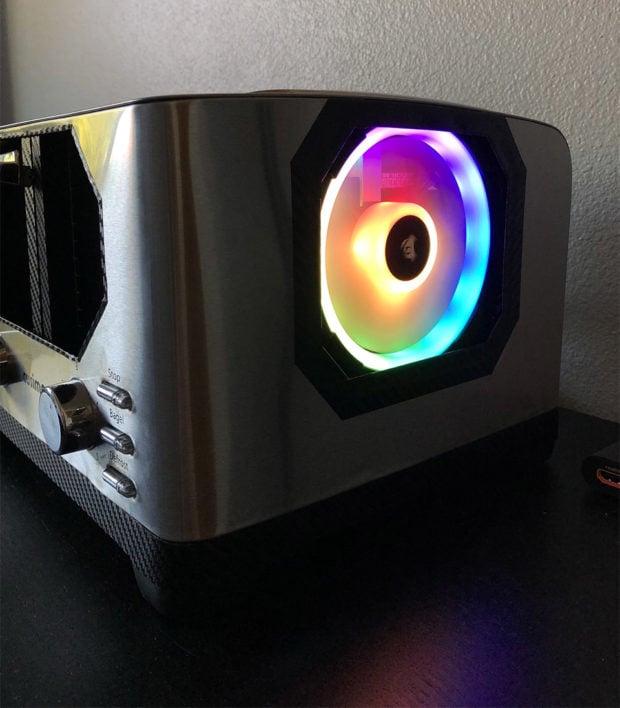