We’ve seen all kinds of cosplay around here. we’ve also seen our share of AT-ATs, but we’ve never seen a horse cosplaying an Imperial walker. But when Imperials hit hard times, you gotta do what you gotta do. Sometimes that means outfitting a Clydesdale in AT-AT armor rather than building a trillion dollar walking weapon. 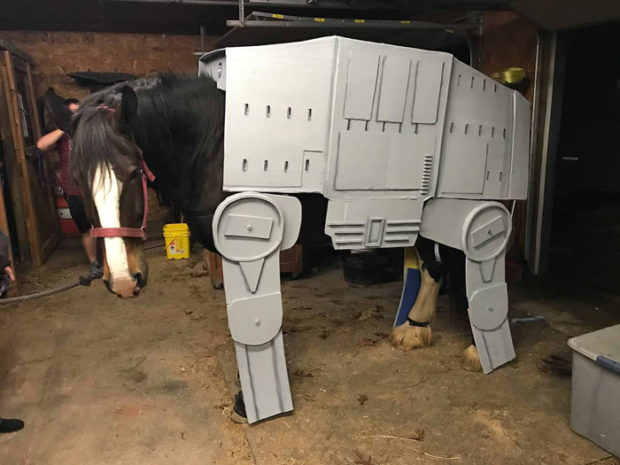 Mike’s Tiny Shop is responsible for this amazing cosplay horseplay. So now we have seen it all. A Star Wars AT-AT costume on a 2,000 pound horse. I hope they take it out trick or treating this Halloween. Maybe instead of candy people can just give this horse a feedbag and send it on its way. 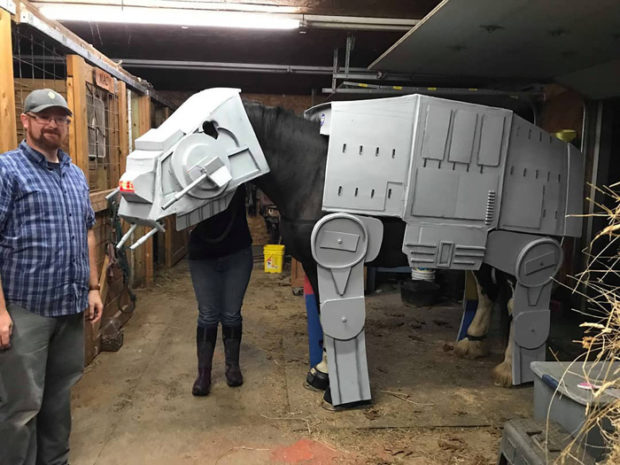 I like to picture Grand Moff Tarkin riding this beast majestically into battle. Sadly it doesn’t fire lasers or crush humans with its feet. Also, a snowspeeder would take this AT-AT down in a second, so Tarkin wouldn’t last long on the battlefield, but it would make for a great painting. I’d also like to see AT-AT races with horses wearing this armor and jockeys wearing AT-AT driver uniforms. That’s what I want to see at a Disney Star Wars theme park. 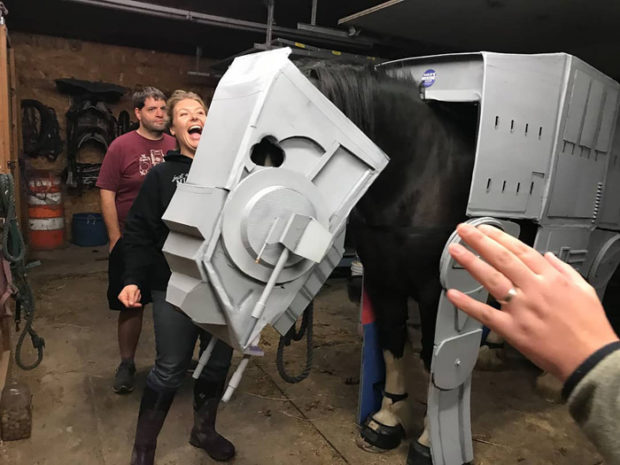 This might be the most bad-ass horse armor ever. 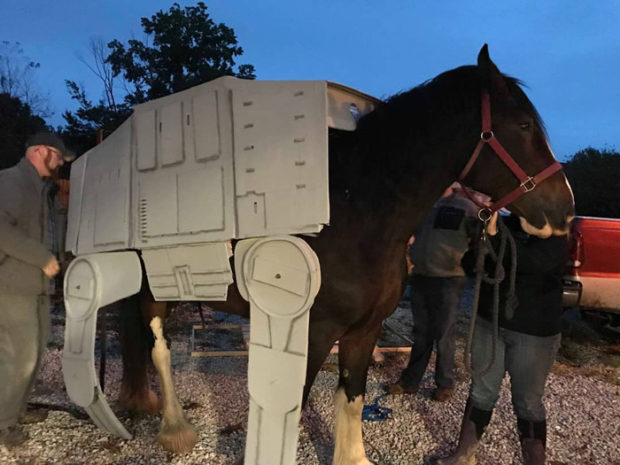