The engineers at NASA’s Jet Propulsion Labs have a pumpkin carving contest each year, and the pumpkins the creative ideas these rocket scientists come up with run the gamut from pop culture to space themed. My favorite design this year is the E.T. pumpkin: 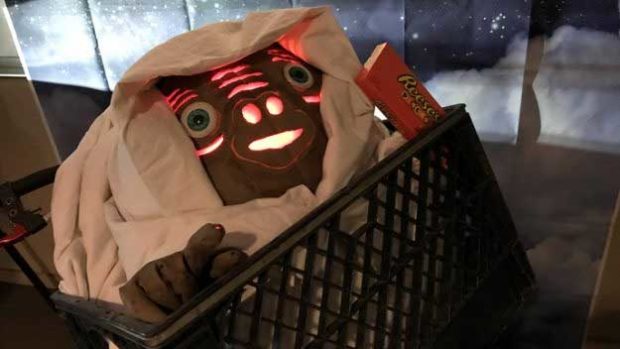 But I also like the or the one with a skull inside a pumpkin like an astronaut. It’s pretty morbid considering NASA puts men into space, but it is awesome. I totally fail to get the one of the white pumpkin eating a satellite. Feel free to explain that one. 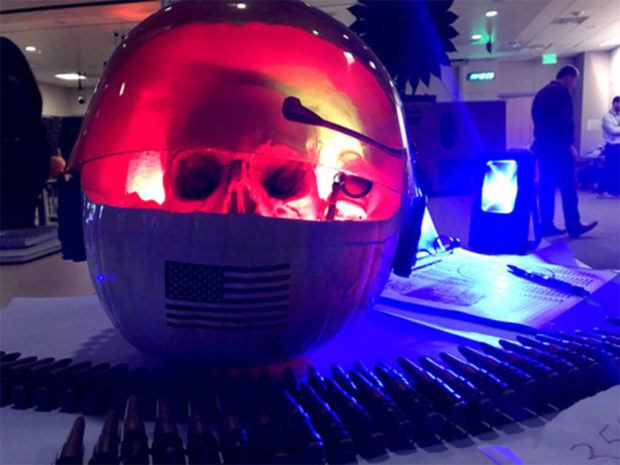 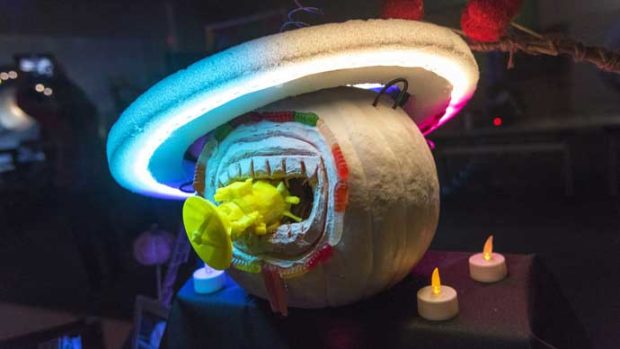 Other pumpkins on hand included a family of colorful sharks, and a barfing Cookie Monster among others. Take a closer look at this year’s contest entries on the NASA JPL Flickr page. 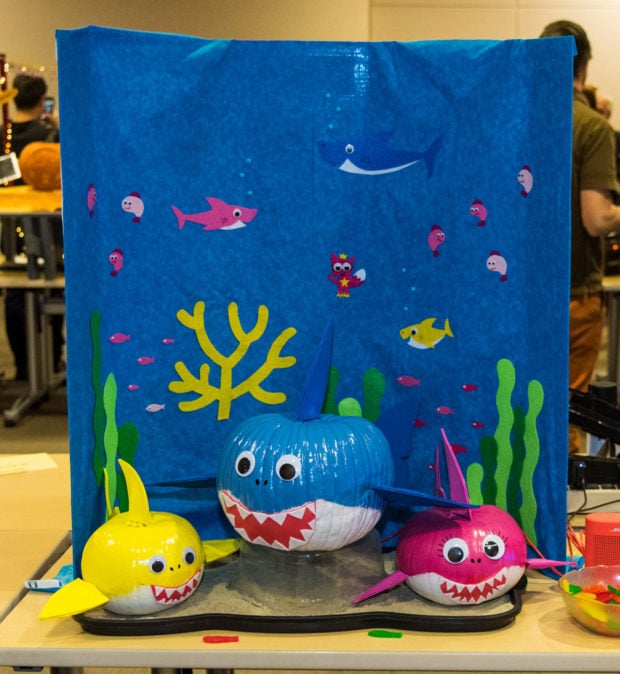 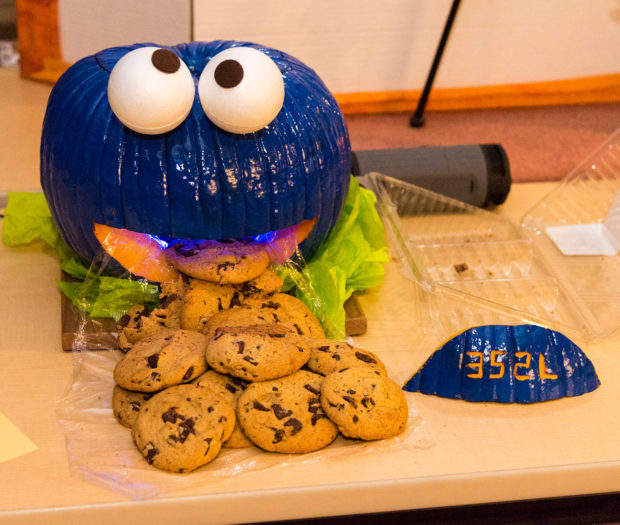