Fans of Batman: Arkham City who like that version of Harley Quinn – and who have stacks of cash lying around might want to buy this statue. NECA’s life-sized statue measures 5’11” tall, and was created from the digital files of Quinn from the video game. 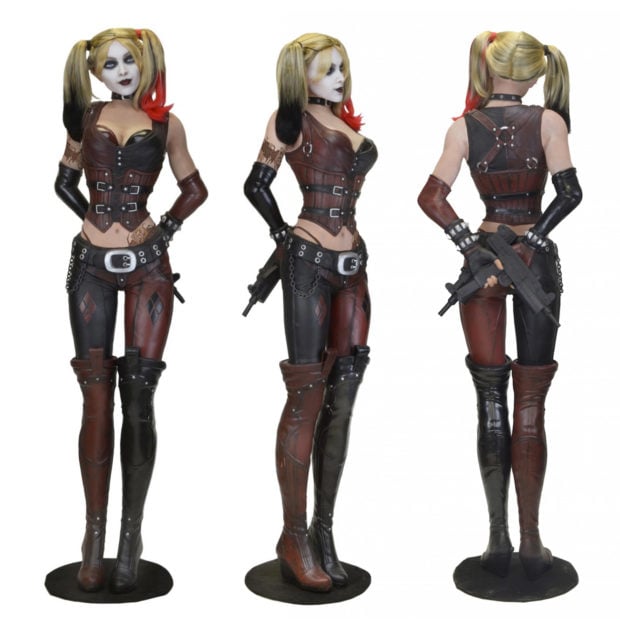 The foam rubber and latex statue is made to be very realistic including the tattoos on her arm and hip. For more realism, the statue has a metal wallet chain and synthetic hair, with a black tip on one side and red on the other. 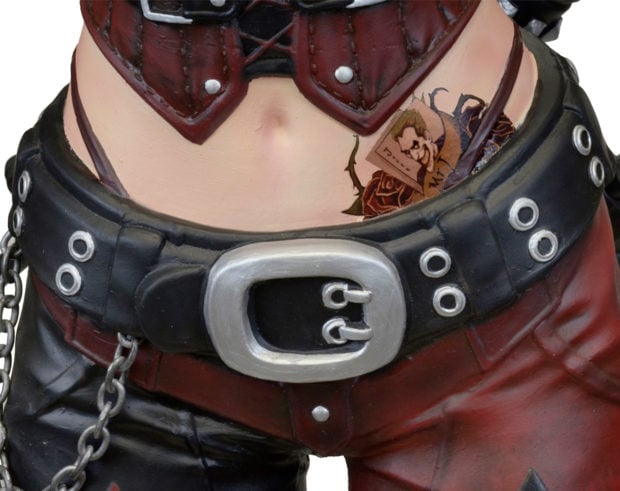 The statue itself is expensive retailing for $1,199.99 and it can be pre-ordered now at Entertainment Earth; it will ship in April 2019. Keep in mind that this thing is large enough that it will ship in a giant box via truck freight, so the shipping costs won’t be cheap. I hope it comes in a wooden crate marked “FRAGILE.” 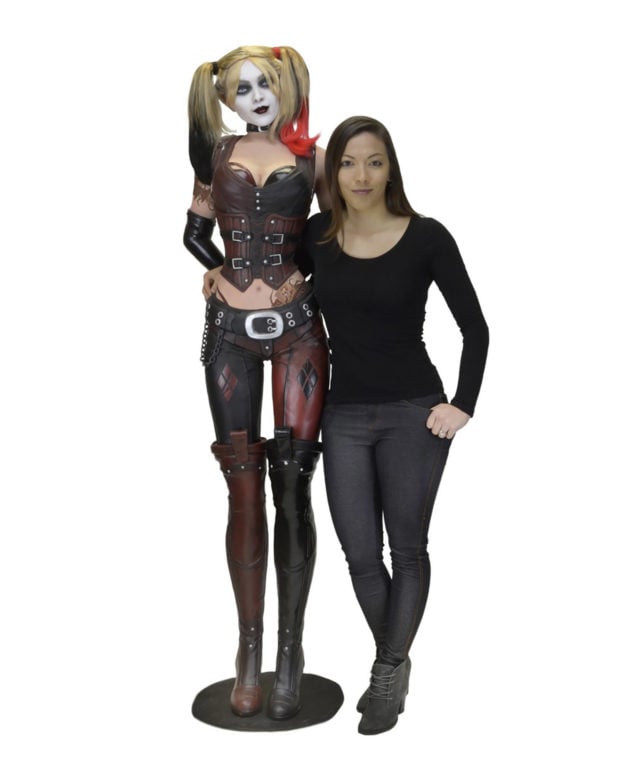