SpaceX’s Starman and Tesla Roadster Have Gone Beyond Mars

Nine months is a long time; it’s long enough to have a baby. It’s also long enough for the Tesla Roadster and its Starman passenger to have traveled from the Earth orbit it was initially placed in, to beyond the orbit of Mars. SpaceX tweeted the milestone along with an orbit map showing where Starman and his ride were on Friday. 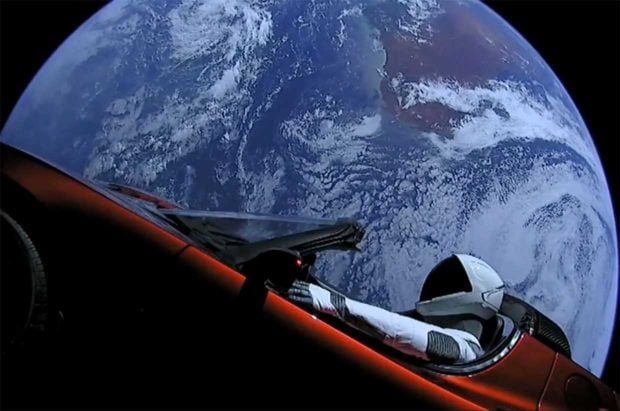 The car and passenger are now making their way back towards Earth and will continue to make the rounds for millions of years to come. Those continued orbits for all eternity assumes the Roadster isn’t picked up by aliens and doesn’t smash into a planet. You see, there is a chance that the Roadster will smash into Earth or Venus in the next few million years.

Starman’s current location. Next stop, the restaurant at the end of the universe. pic.twitter.com/Ty5m8IjJpE

The Roadster was put into orbit as a publicity stunt during the maiden voyage of the Falcon Heavy rocket. The next Falcon Heavy payload put into space will be something a bit more useful – communications satellite called Arabsat-6A. It’s expected to launch in January 2019.