Fallout 76 is almost here. What are you going to do to pass the time until it’s in your hands? I know what I’m going to do. I’m going to sell a kidney or two, and get myself this awesome Fallout T-45 Power Armor Bust. The bust is life-size, measuring almost 35 inches across and 30 inches tall. 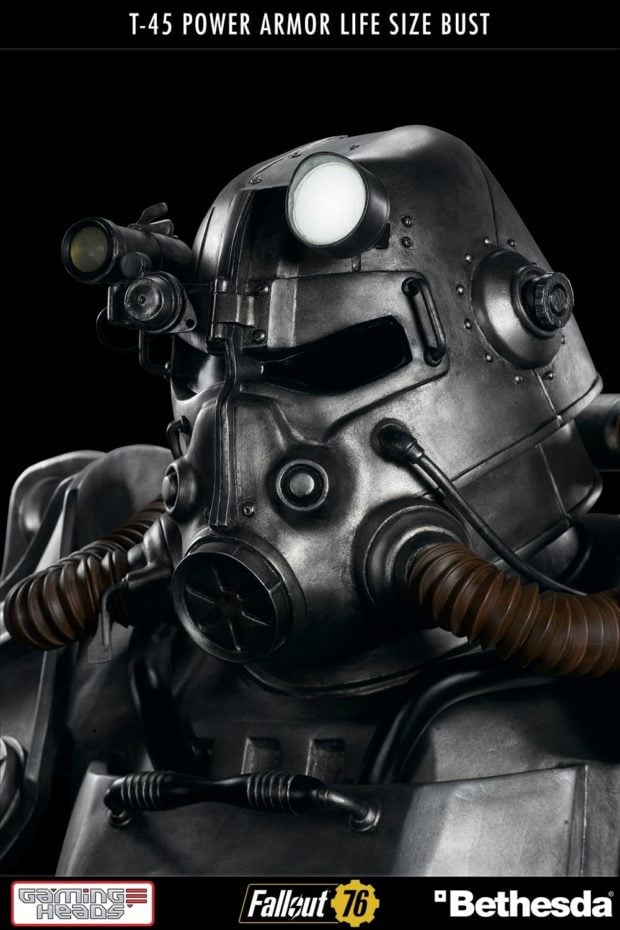 It is made of polystone resin and hand-painted to get every detail screen accurate. Speaking of accuracy, this bust also features a battery-powered LED headlamp. It is as heavy as it is big, weighing in at just over 52 pounds. That polystone is heavy! But not as heavy as real power armor would be though.

There’s no release date yet, but they are expected to ship out in the third quarter of next year. You probably already guessed that it is also expensive – at $1,299. Yep, that’s a lot of bottle caps. So you better start drinking lots of Nuka Cola. If you want one you better hurry though. This is being produced in a limited edition of only 500. 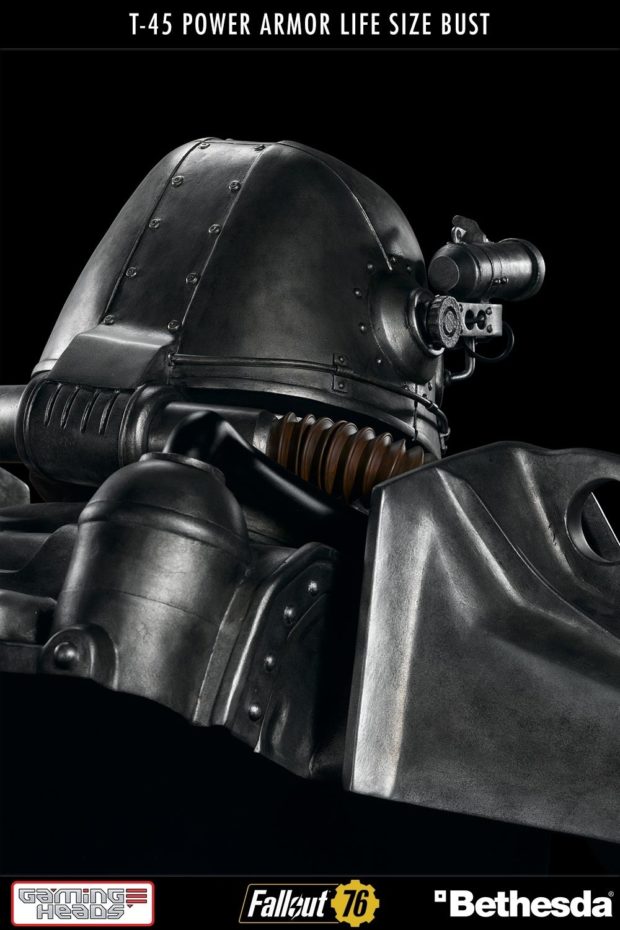 The game itself will be out long before you get your lifesize bust. Fallout 76 is set to release on Xbox One, PlayStation 4, and PC on November 14, 2018. 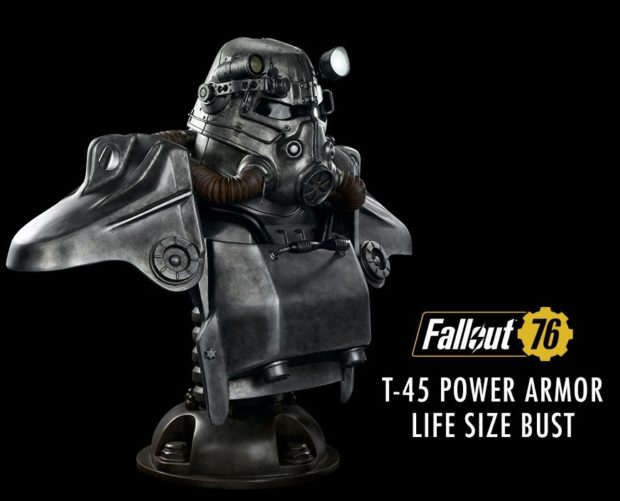