I’ve played the old Guess Who? board game with my son and daughter, where you have to ask for hints about who the other player has by asking for clues about the character’s appearance. You ask things like “Do you have hair” and so on. There is a new game in the works that is very similar, but this game is all about extraordinary women in history, and none of the clues have to do with their appearance. 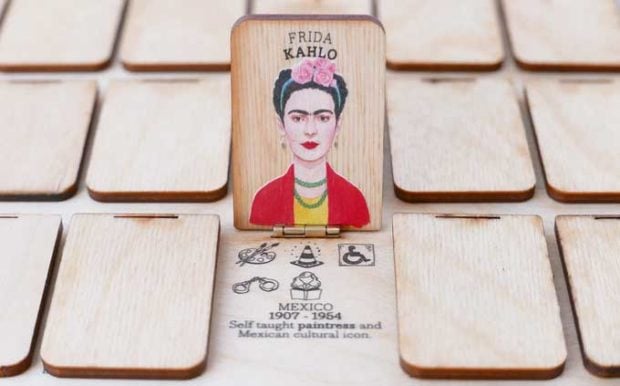 The game is called “Who’s She?” and it features wooden pieces illustrated with famous women on them, like Amelia Earhart, Hatshepsut, and Frida Kahlo. The game includes 28 biography cards that have facts about the lives of the women.

This game sounds like great a way to delve into women’s history while playing. It’s on Kickstarter now, and a pledge of at least $74 will get you a copy of this unique game when it starts shipping in early 2019.