Fallout 76 is here, but there’s a big divide among fans. Some like this new take on the franchise, while others feel disappointed, even betrayed. Many wanted a simple new Fallout game, not a new version that does something different. Well, Bethesda can always improve it with updates. Speaking of which, the first post-launch update is here, and it’s massive. The patched game weighs in at a whopping 47GB, which is nearly as big as the entire game. You’ll need plenty of bandwidth to grab this update, so if you plan on playing over Thanksgiving, you’d better start downloading today. 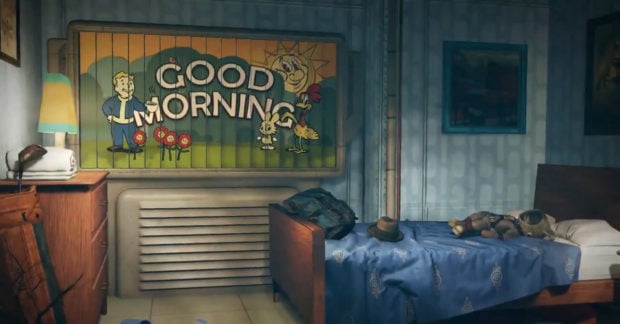 Bethesda says that future patches will vary in size, but they should not be as big as this one is. They made a few changes to fix in-game freezes and performance issues, and to bolster the stability of the servers and the game client. Other fixes address a wide range of things, from enemies and crafting to quests and more. Respawning after being killed in PVP combat will now clear your hostile status. There are also fixes to PVP’s Seek Revenge mechanic, regarding displaying accurate Cap rewards when either hunting down a player who killed you or killing a player who is seeking revenge.

There have also been some changes to crafting and workshops like preventing blueprints from breaking into smaller parts when you log out. A bug that would return items to a broken state after they had been fixed has also been addressed. You can read the full list of patch notes on the Bethesda website.

So no matter what you think of the game, it’s good to hear that Bethesda is already working to make it better.