I remember one Christmas all my brother wanted was a Teddy Ruxpin. I hated those things, they were super creepy bears with mechanical animatronic eyes that blinked. I was pretty sure it would eat my soul during the night. Teddy is back for a new generation, and at least this one appears to lack those horrific eyes. 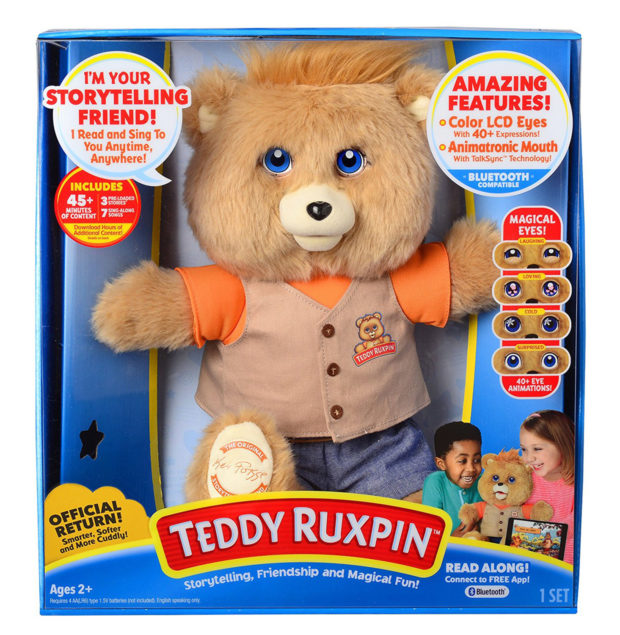 This updated version has LCD eyes that will still blink but don’t look as maniacal as those of the original. They can actually display more than 40 animations. The new Teddy Ruxpin differs from the original in how it loads stories too. This one reads along with stories on an app as his mouth moves and its digital eyes blink. Its mouth is motorized, so don’t stick your fingers in there. 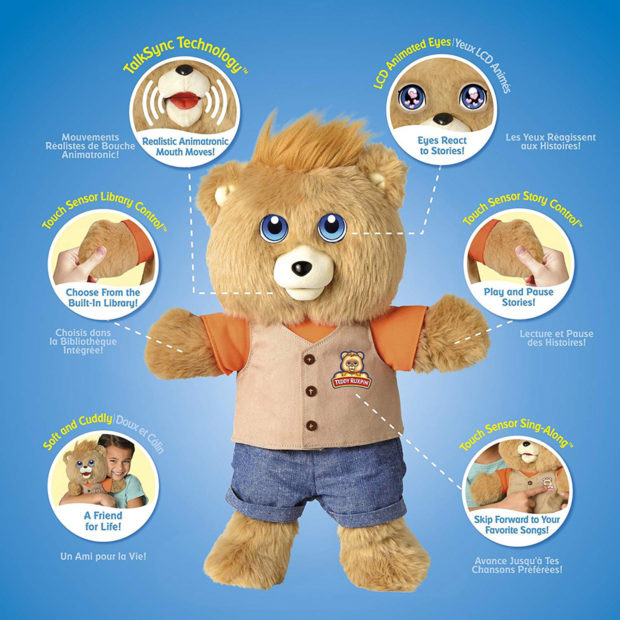 Teddy also has touch sensors in its paws for interacting with the robobear. The toy measures 14-inches tall, runs off four AA batteries, and is currently on sale for just $74 on Amazon.

If you want to be creeped out, check out this teardown of an original Ruxpin bear.