The HBO series Silicon Valley is one of my favorite comedies on TV. It’s a hilarious take on the software and hardware industries, and the crazy stuff that happens in pursuit of funding and customers. Among the show’s colorful characters is Gavin Belson, the egotistical CEO of Hooli – a corporate buffoon who epitomizes the Peter Principle.

Among his many idiotic decisions was the creation of a piece of server hardware embellished with his own signature. But since his handwriting was horrible, they went with an employee submission instead. It just happened to resemble a cartoon drawing of male genitalia. Now, a fan of the show has replicated the Hooli Gavin Belson Signature Edition Box 3 for his own custom computer system. 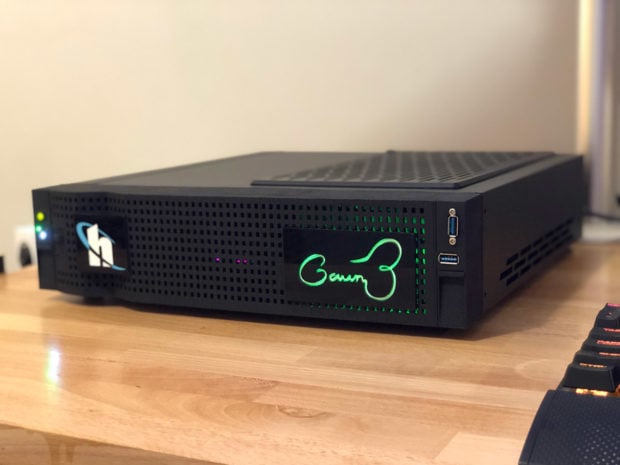 Builder Ben Hoad created this custom version of the iconic server as a usable ITX-compatible case for a small form-factor PC. After thinking he’d build the whole thing from scratch, he came upon the Silverstone ML08, which offered the perfect base for his project.

Ben still had to do lots of customization to replicate the look of the on-screen prop, including a custom front, and of course Belson’s iconic green backlit signature. Kudos to Ben for a great build that’s both useful and inappropriate; two terms I often use to describe myself.