When I was a kid, nine out of ten times my mom wouldn’t let me buy a toy when we were out shopping, she would let me get a book. So, I had a legion of Little Golden Books around my house. Star Trek fans with kids will definitely want to pick up the Too Many Tribbles! Little Golden Book. 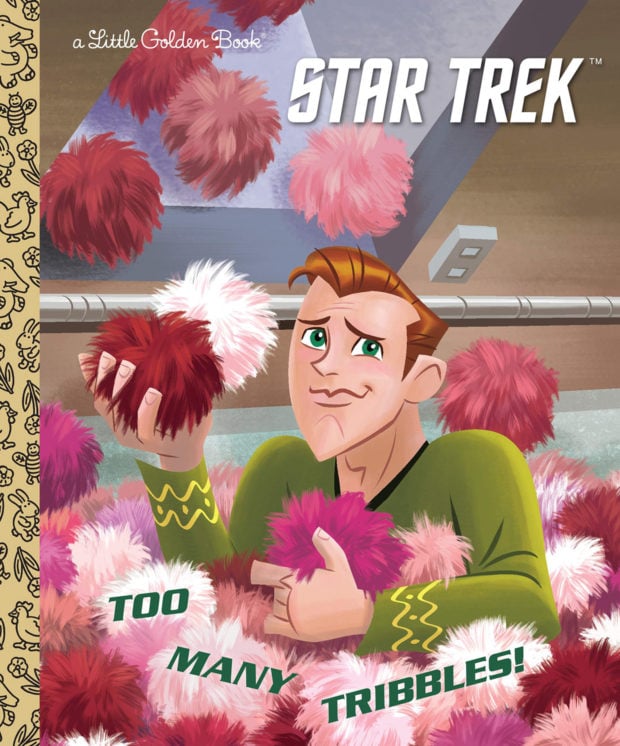 There have been other Star Trek Little Golden Books before; this one was inspired by the classic “The Trouble With Tribbles” episode of the original Star Trek series, and is sure to be packed with the troublesome little fuzzballs. The book was written by Frank Berrios, and illustrated by Ethen Beavers.

The synopsis reads: “Captain Kirk and the crew of the starship Enterprise come face to face with adorably fuzzy Tribbles in this exciting and fun-filled Star Trek Little Golden Book!

Captain Kirk and the crew of the Starship Enterprise are ready for almost anything–except tribbles! When these small, furry creatures invade the ship, Captain Kirk and the crew must act quickly, before they are buried in fur balls! Star Trek fans of all ages will love this action-packed Little Golden Book featuring Captain Kirk, Mr. Spock, and the rest of the crew from the classic TV series in a unique retro art style!”

Sounds like a fun, tribble-filled adventure for the kids. You can pre-order a copy of Too Many Tribbles! on Amazon for less than $4 now.