Walmart is always looking for ways to save, and with its $15 an hour minimum wage, it should come as no surprise that some workers are due to be replaced by automation. The first replacements were cashiers, with most Walmart locations now offering self-checkout lanes where you don’t have to listen to the cashier talk when all you want to do is pay and leave. 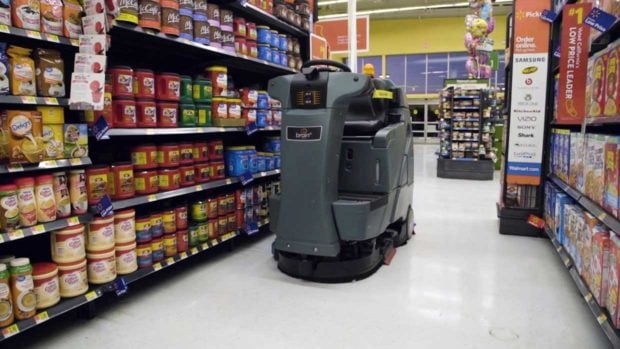 Now it’s the custodians that are being replaced with a ride-on floor scrubber that no longer needs a person to operate it. The robot is powered by BrainOS and has sensors to allow it to drive around the store, and to safely clean around customers.

Already more than 100 of the floor cleaning bots are in stores around the country. The retail giant plans to add 360 autonomous floor-scrubbing ‘bots to stores nationwide by January. The announcement was made jointly with Brain Corp, the company who makes the OS for the robot.