I can remember back in the day, one of the older kids that rode the bus home played a Queen album constantly on his little tape player and the song of choice was “Another One Bites the Dust,” only we all sang it “Another One Rides the Bus” each time someone got on. One of the best Queen performances ever, if you ask some folks, was back in 1986 when Queen and Freddie Mercury climbed on stage at Wembley and rocked out. 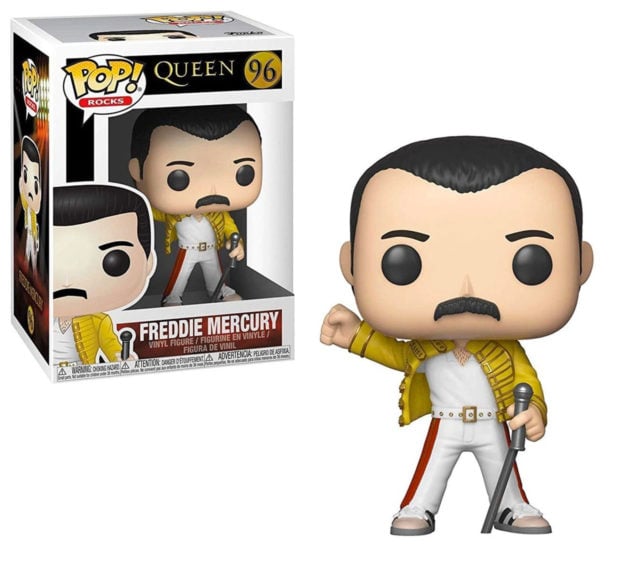 Mercury had his famous stache, white shirt, white pants with red stripe, and that gold drum major jacket, and he sang THE SHIT out of some famous Queen tracks. Fans of Queen and/or Funko POP! figures will want to shell out the cash on this version of Mercury decked out in that Wembley outfit. 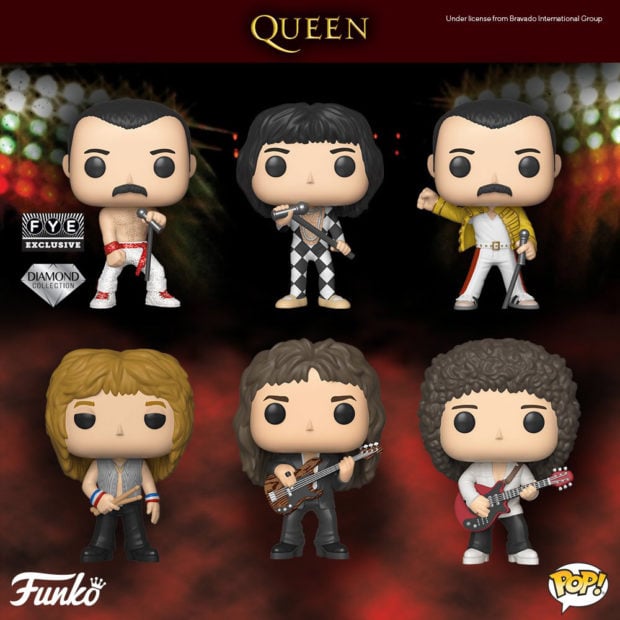 Entertainment Earth has the Pop! figure up for pre-order for $10.99 with deliveries starting later this month, and you can check out the full set of Queen POP! figures here.