This robot here looks like some kind of mask-wearing bandit, but he’s actually one of the good guys. If you can consider robots good guys that is. Apparently, this robot will soon be turned loose on the streets to help manage the chaotic traffic in the Indian city of Chennai. 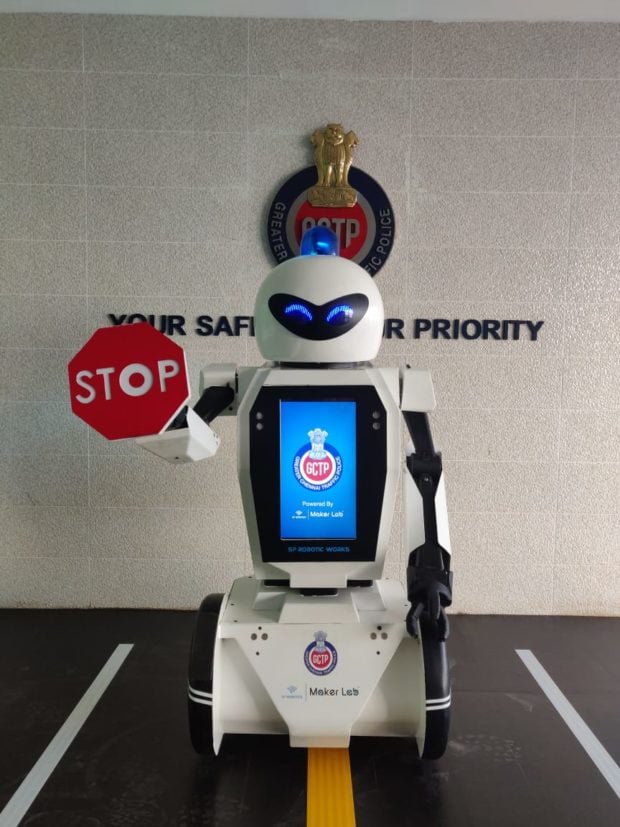 Chennai is going to be the first in the country to get a robotic traffic officer. Will it be the last? We will see.He’s going to relieve other officers who are already managing the insane amounts of pollution-spewing traffic on the narrow roads in the area. Is it a good idea to let a robot direct traffic? We are about to find out. I just hope that it doesn’t take the opportunity to make humans crash into each other for sport. Things could get very messy.

The robot will regulate traffic on the roads, help school children cross and more. It’ll probably snap pics of people doing bad things too. The Chennai Commissioner of Police A K Viswanathan introduced the robot at the exhibition on road safety recently where the robot explained road safety rules in a way that children could understand.

Aw. Look at him with his little stop sign. What could possibly go wrong? Let’s find out.