Creative mode is a pretty awesome addition to Fortnite. It allows players to do some neat things without having to worry about your being shot down by a player or the storm forcing you to move. And with a player base as huge as Fortnite’s is there are many creative players, which means more cool stuff is being built daily. I love it. 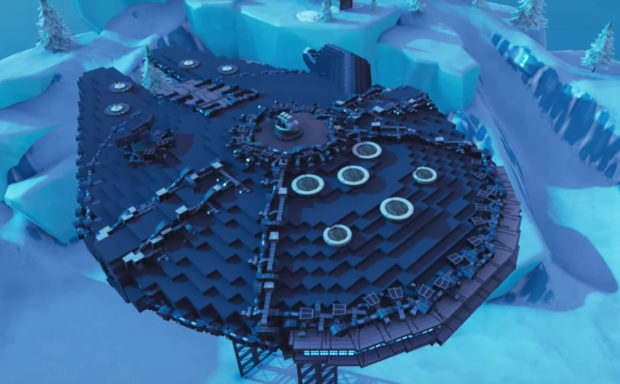 One of the best creations is this Millennium Falcon. YouTuber MakaMakes put together this impressive recreation of Han Solo’s ship, but it’s not just a nicely-detailed model on the outside, it also recreates the inside of the famous ship. Han Solo would be proud. Check it out in all its glory in the video below:

I’ve never created anything like this in the game myself, but I imagine this took a good bit of time and effort. Maybe players can create other Star Wars landmarks and turn Fortnite into a giant Star Wars playground. That would be awesome, although I imagine that the game developer may have a problem with that at some point. But it would still be very cool to see it happen.