LEGO is doing some very cool things of late, like that full-size Chevy truck model. Fans of The Lego Movie 2: The Second Part will be able to get a very cool LEGO kit this summer. The kit is large with 1,820 pieces that combine to create hero Rex Dangervest’s badass ship The Rexcelsior. 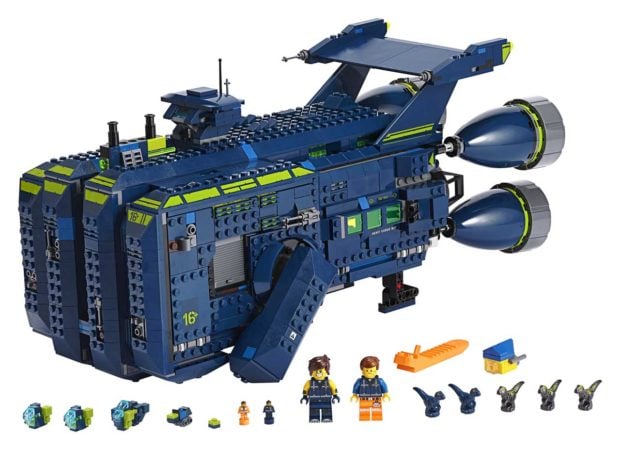 LEGO set number 70839 is shaped like a big blue fist and has six spring-loaded, rapid-fire missiles with a trigger in the back. A microscale interior is included along with Stubble Trouble Emmet and Rex Dangervest minifigs. 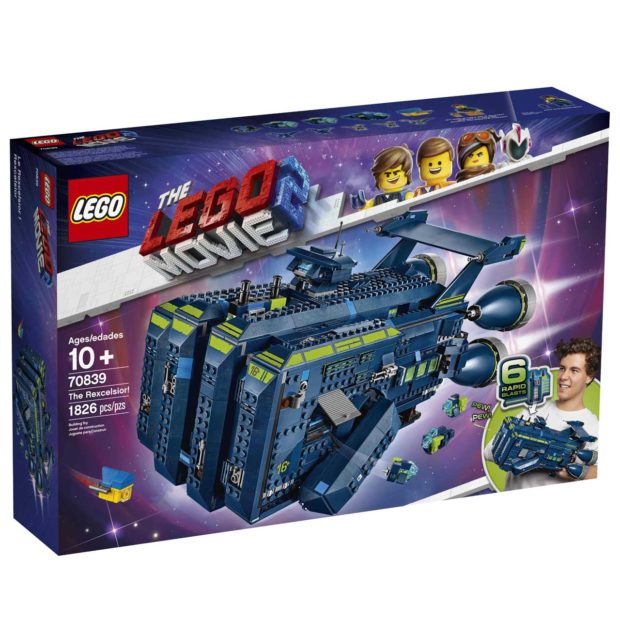 Microfigures of Emmet and Rex along with five micro raptor toy dinosaurs are included. Five micro build models are included with Emmet’s house and a dropship among them. The finished kit is over 7″ high, 15″ long, and 8″ wide. It will launch this summer for about $179. Keep your eye on the LEGO Shop for more fun models from The LEGO Movie 2. 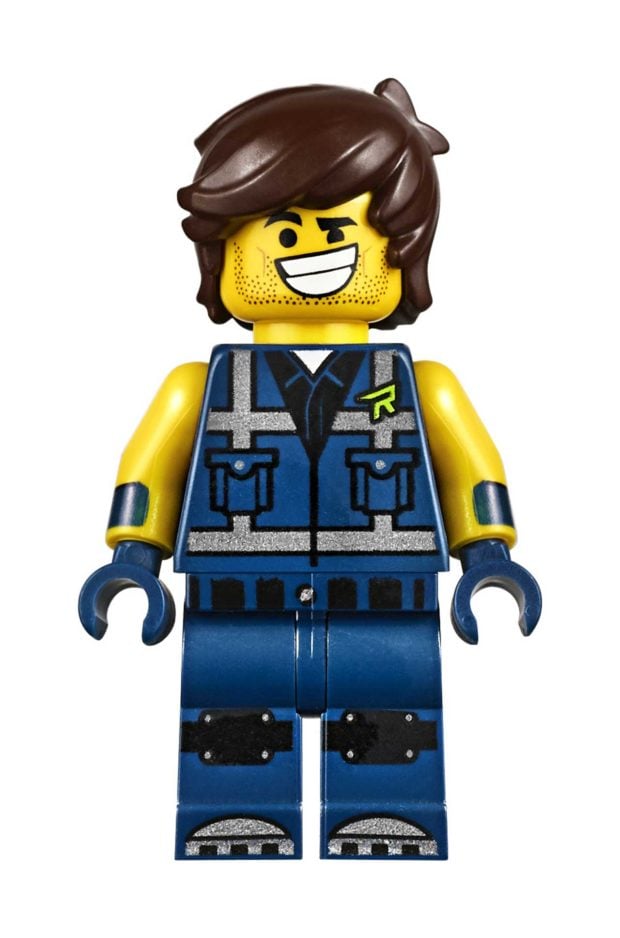