This Bird-like Drone Has Wings and Legs, and Jumps to Take off

Generally speaking, drones have either vertical takeoff capabilities or they need a runway. However, a South African startup has a better way. Their solution is to add some legs to their drone. The Passerine Sparrow Jumper has fixed wings and legs and feet for takeoff and landing. It also uses over-wing engines for thrust. 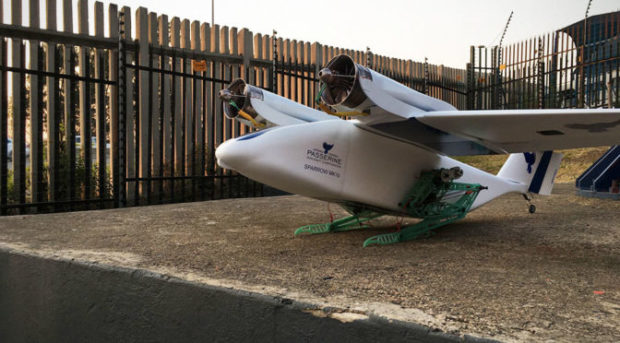 Those over-wing engines create what’s called a blown wing, where the engine exhaust passes over the top of the wing and over a portion of the wing flaps. The forced high-speed air passing over the wings and flaps generates a lot of lift; two or three times the lift of a conventional wing. This also means it can take off and land over a much shorter distance than conventional planes, and can fly much more slowly before it stalls. 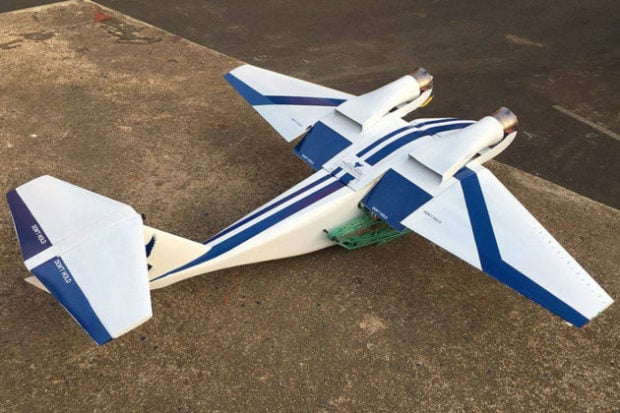 However, blown wings in this scale may not be able to create the lift necessary for takeoff. That’s where the legs come in. They are spring-loaded and engineered to create enough energy required for takeoff. They spring the drone up and forward then retract when in the air. During landings, they act as shock absorbers, so no runway is required at all. 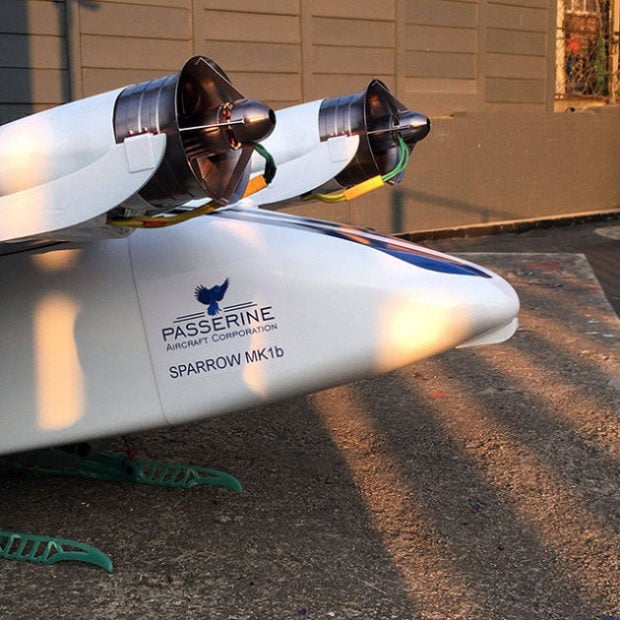 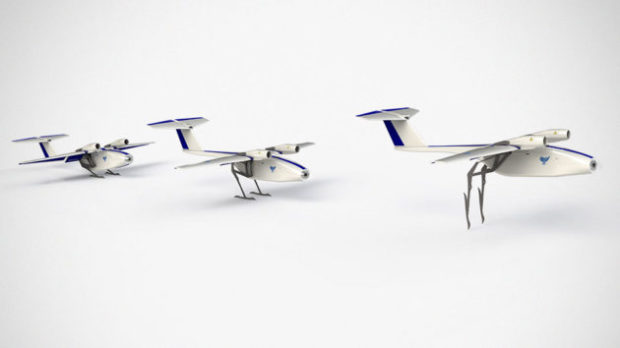 The aircraft is still in the very early prototyping stages, so it’s not ready to perform all of its tricks quite yet. However, you can see how the liftoff might work in the first video below, while the second provides an animation of of the complete take off and landing sequence:

[via IEEE via Mike Shouts]