It’s 2019, and ordinary beer bongs just won’t cut it. Gravity just doesn’t deliver beer fast enough for some people. That’s why we now have the Q-bong pressurized beer bong, a device designed to shoot beer down the throat of its recipient faster than ever. 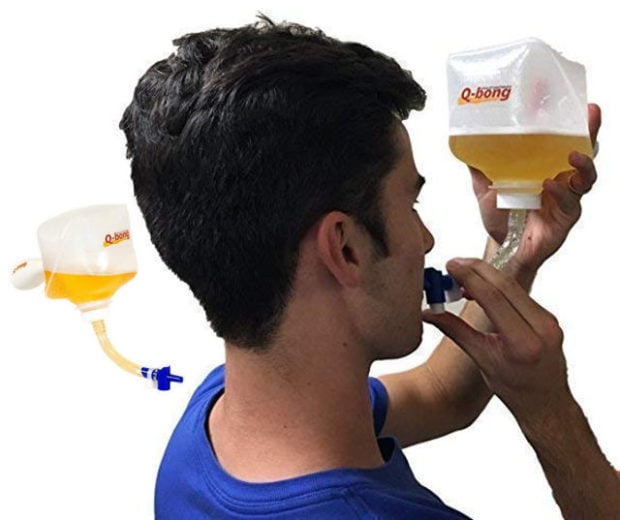 All you have to do is fill the reservoir with up to 32-ounces of beer, pump the air bulb to your desired beer-pressure, press the trigger valve and get to chugging. Isn’t college fun? Now it’s a little less fun because it’s so convenient to chug all by yourself with no one helping. 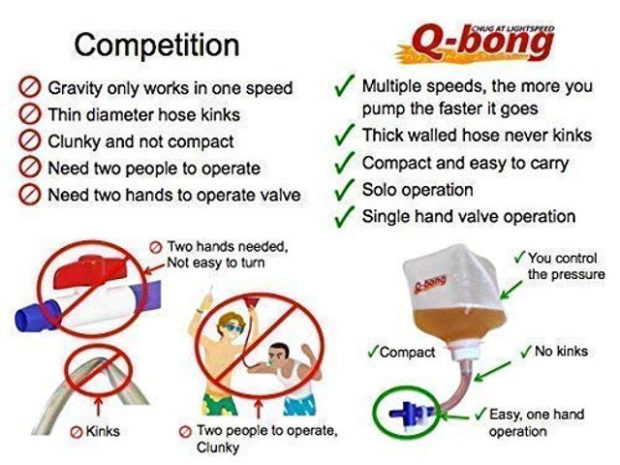 Is it called the Q-Bong because some guy in British intelligence who invents gadgets for a living came up with this? I have no idea, but I can tell you that the guy in the video looks like Ryan Reynolds demonstrating this device. And just as I thought, he doesn’t look like he’s having a lot of fun chugging from this thing. Calling it now, this thing kills parties dead. Oh look, there’s so and so over there chugging by himself in the corner from what is essentially a juice box of beer. No one likes that guy.

I like how the video also cuts off right before he chugs. Because he can’t. Because he’s clearly too old for college.