This Little Robot Is Designed to Clean Toilets

We’ve seen machines designed to clean bathrooms before, but this one is an actual tiny robot that you lift up and put in your toilet. Altan Robotech’s invention, named “Giddel” has a humanoid shaped head so that you can feel extra weird about putting a small being into a toilet bowl. 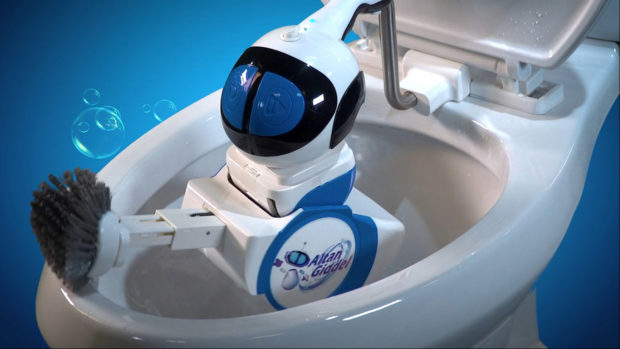 Just get this guy out of his charging base and put him in your dirty toilet bowl. It attaches under the seat in the back thanks to a mounting plate that you have to install. Then it scrubs away while you and your wife get it on in front of the bathroom mirror. Don’t believe me? Skip to about 13 seconds into the video below. This couple just loves a robot audience:

Giddel’s big blue eyes are buttons. It’s child and pet-friendly, and it has built-in navigation, whatever the hell that means. I guess it means that it won’t start furiously brushing your kid or dog instead of staying in the toilet bowl.