Liphier Cavalry Robots are robotic toys which are designed for battle. The little robots can be controlled via the accompanying mobile app to defend or attack head-on. These interactive robots are described as self-balancing, but they look like they just spin around on wheels. Still, they look like fun. 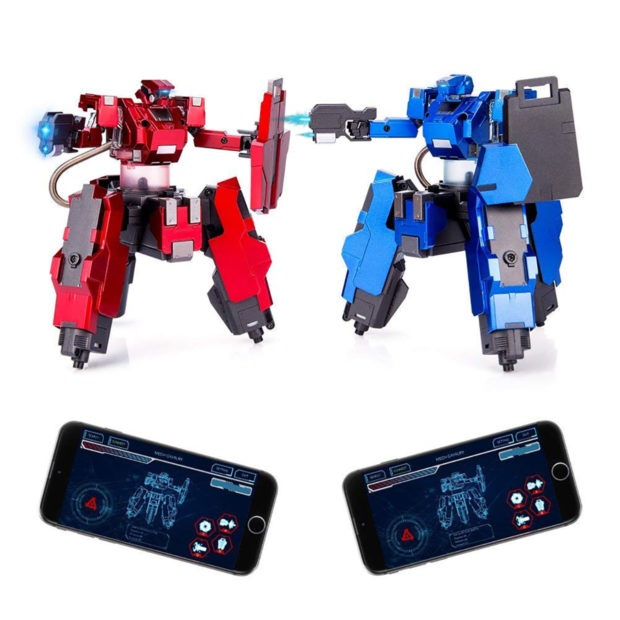 Each 5.3″ tall robot has a “laser” gun and reflective shield. You can send out digital attacks and block commands through the app, so it seems like you could have some pretty tactical fighting back and forth. These robots can be used in four different battle modes and you can adjust the sensitivity before each battle:

The robots deliver up to 25 minutes of battle time per charge, which isn’t bad as remote-controlled toy robots go. You can grab a pair of these little fighting robots for just $69.99 over on Amazon.