If you’re looking for a creepy gift for the KFC lover in your life this Valentine’s Day, this Colonel Sanders Bearskin rug will be a gift they never ever forget. It’s not real bearskin, so don’t worry PETA. Still, that doesn’t make it any less horrifying. 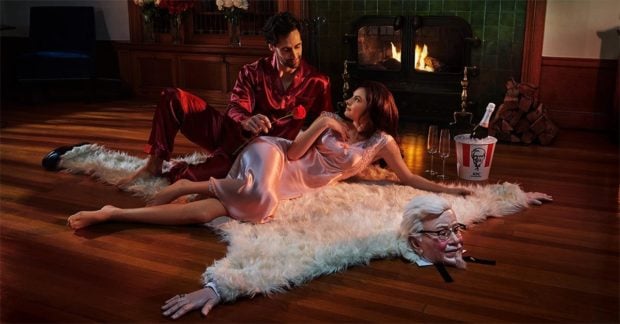 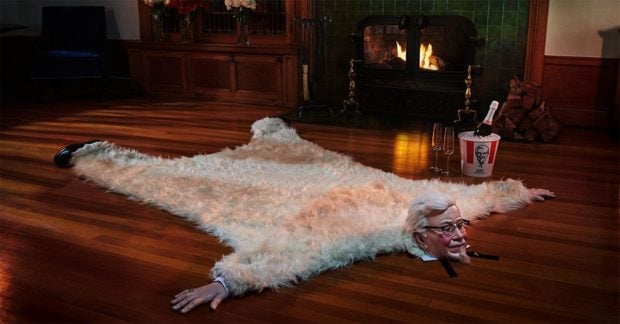 But hey, if you like eating greasy chicken and then doing the nasty on top of a Colonel Sanders bearskin rug, you have some problems. I’m not judging, but seriously, get some help. There’s nothing sexy about greasy chicken. Or the Colonel.

What does it say about their food that they have to sell it using stuff like this? I’m just saying, if people wanted it, it would sell itself. What’s wrong with you KFC?

[via The Daily Meal via Geekologie]