Overwatch Monopoly: Do Not Pass GO, Do Not Collect Loot Box

Overwatch fans will soon have another way to play the game. Hasbro will soon release a Monopoly Overwatch Collector’s Edition as well as a bunch of other Overwatch themed toys. Unlike regular Monopoly, players will need to choose a group lead, draft a team, and then battle for the high score. So if your family is bugging you to get off of your console and interact with the humans sitting next to you, here is another great way to play. 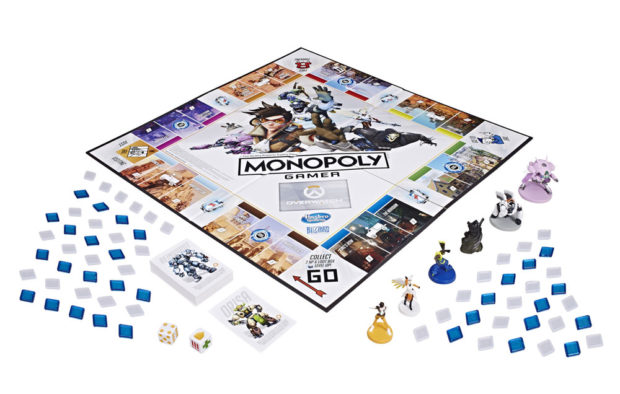 Instead of real-world locations and Chance cards, this game has places found in the video game and also loot boxes. It also has tokens based on the key characters of the game, like D.Va, Lucio, Mercy, Reaper, Tracer (AKA Lena Oxton), and Winston. Aside from that, it has 6 group leader cards, 21 character cards, 16 objective cards, 9 loot box cards, 4 reminder cards, 1 numbered die, 1 ability die, 90 plastic HP chips (50 fives and 40 ones), and the Game Guide. The board game Monopoly will arrive in April for $49.99, and you can preorder it now from GameStop. 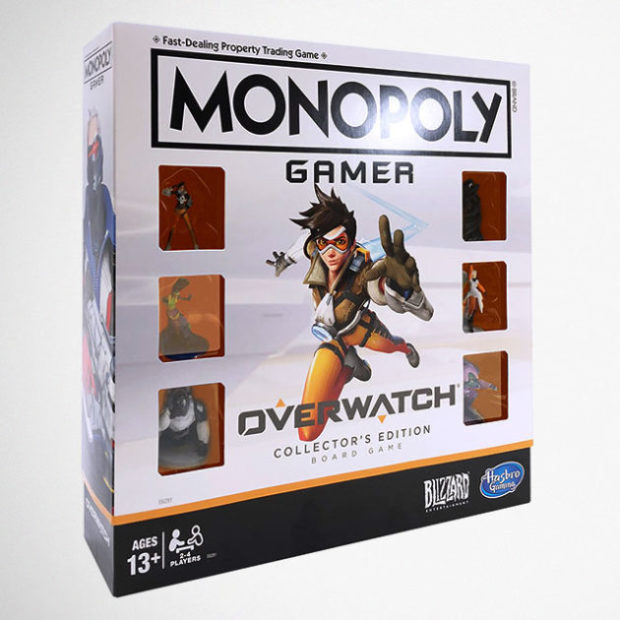 In addition, Hasbro will be releasing a series of Overwatch Ultimates action figures. These 6-inch figures include Lucio, Reaper, Sombra, Tracer, Reinhardt, and some dual-character packs. The single figures are $22.99 and the dual packs are $49.99.