Peanut butter is one of our favorite foods. People love it. Peanut butter and jelly, peanut butter in our chocolate. Hell, we even give it to animals so it can make their mouths sticky, so we can film YouTube videos that make them look like they’re talking. But I guess it’s just too much work for some people to dig around inside the jar with a knife and spread it. And for those folks, there’s the Peanut Butter Pump. 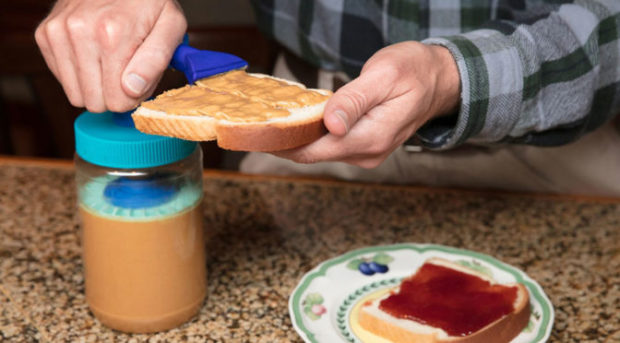 It’s exactly what it sounds like – a pump that dispenses peanut butter. Patent-pending of course. Inventor Andy Scherer obviously thinks it is a game changer. It uses a sliding “airlock” mechanism to get the peanut butter into the pump and dispense a fixed amount of spread. You can control the thickness you want. This also scrapes the sides of the jar, so you can get every last bit. Although I wonder how much is wasted in the pump itself. 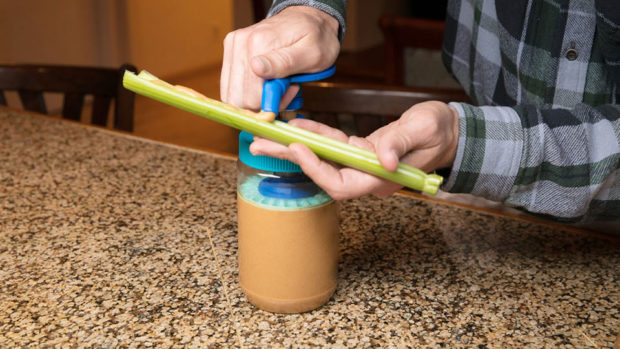 It comes with two nozzles: a sandwich nozzle for evenly spreading the sticky stuff, and a stream nozzle for dispensing peanut butter tubes for snacks. It even has measurements marked on the pump. If you are crazy about peanut butter, this is the kitchen gadget for you.

You can pre-order the Peanut Butter Pump on Indiegogo by dropping $25 or more.