The Goonies was a classic ’80s flick for kids of that generation who wanted to find pirate treasure and hang out with cheerleaders. Two of the most memorable characters in the film were Sloth and Chunk. You can now get some sweet action figures of them both courtesy of NECA. 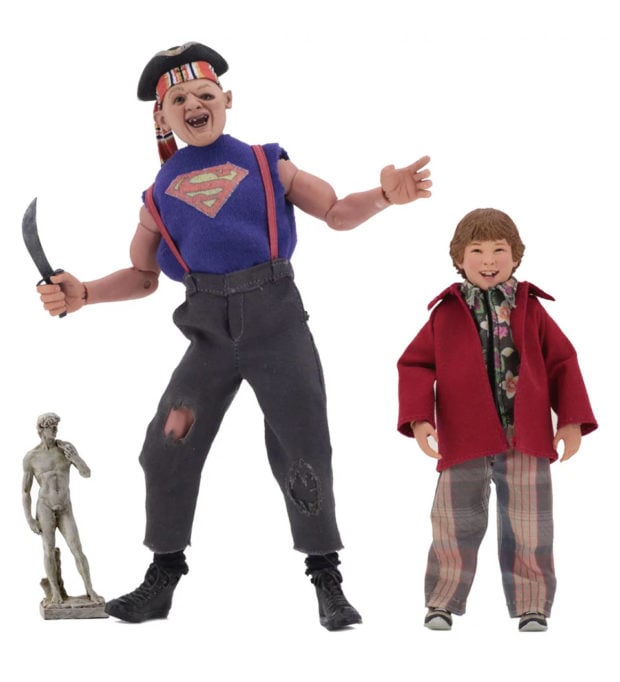 Both are fully posable, so you can even make Chunk do the truffle shuffle. The action figures are dressed up in fabric clothing, and Sloth measures 8-inches tall with a pirate hat and knife. Chunk is over 5-inches tall and has a pirate hat and a statue of David with a broken Johnson. 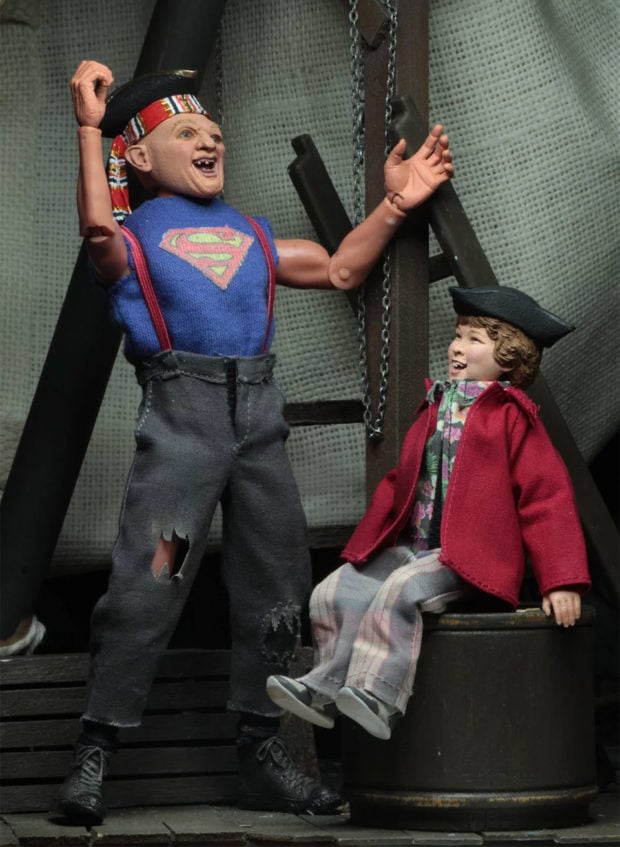 The two figures are sold together in a two pack for $64.99, and Entertainment Earth expects them to start shipping this September.