We’re gonna need a real American hero because judging by this assault rifle, Cobra Commander means business. This is his weapon of choice. Yes, this is a fully-functional Heckler & Koch XM8 assault rifle. This weapon was modded by Hollywood props engineer Tom Bostic of TommyBuilt Tactical. It’s the weapon that G.I. Joe’s nemesis would use if he were real and not a cartoon. 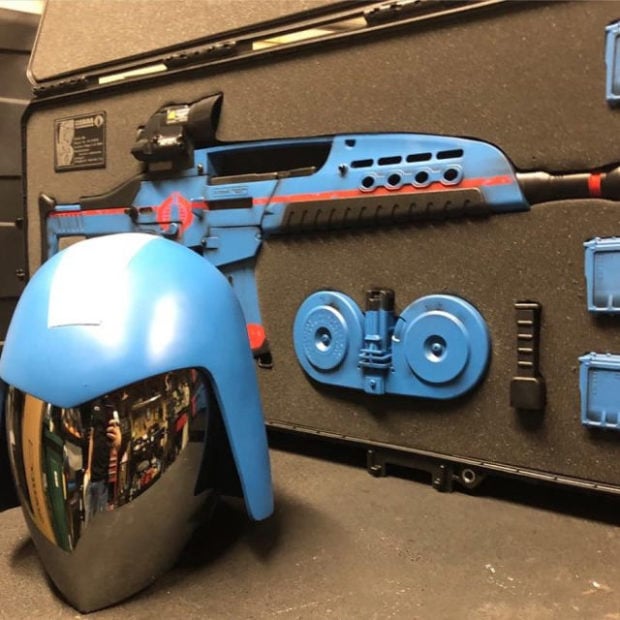 It has an Insight Technologies 4x XM8 prototype optic, Beta C 100 G36 drum, and a custom barrel shroud. It looks damn good and makes me want a live-action G.I. Joe movie built around its style. 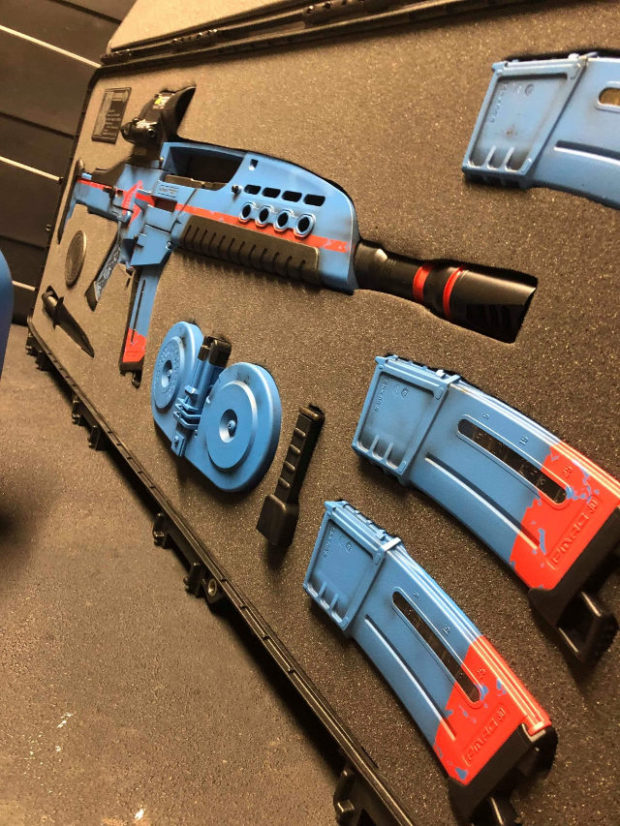 Every G.I. Joe fan reading this wants one, I’m sure, but sadly it’s a one of a kind piece. I never realized how scary Cobra Commander really is until I saw this weapon. This thing looks so awesome. I should have been a prop maker. Then I could make my own cool toys that no one else can have too. 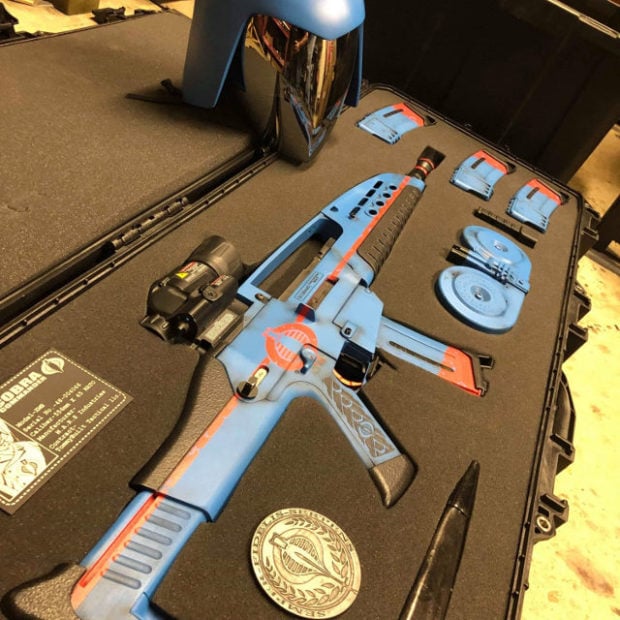 Can you imagine seeing Cobra Commander come at you with this bad boy? Any bad guy with this gun means business. So now I know and knowing is half the battle. 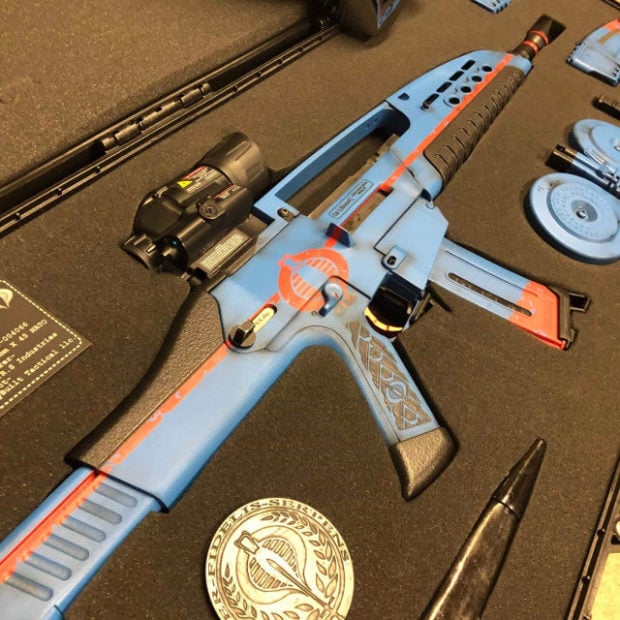 [via The Firearm Blog via Geekologie]