Jon Snow Battle of the Bastards Statuette Knows Nothing

One of the best episodes of Game of Thrones on HBO was Season 6’s The Battle of the Bastards when Jon squared off against that junk-cutting off bastard Ramsey Bolton. After a hard-fought battle, and help from the Knights of the Vale, the Starks won, and eventually, Ramsey met a nasty end. 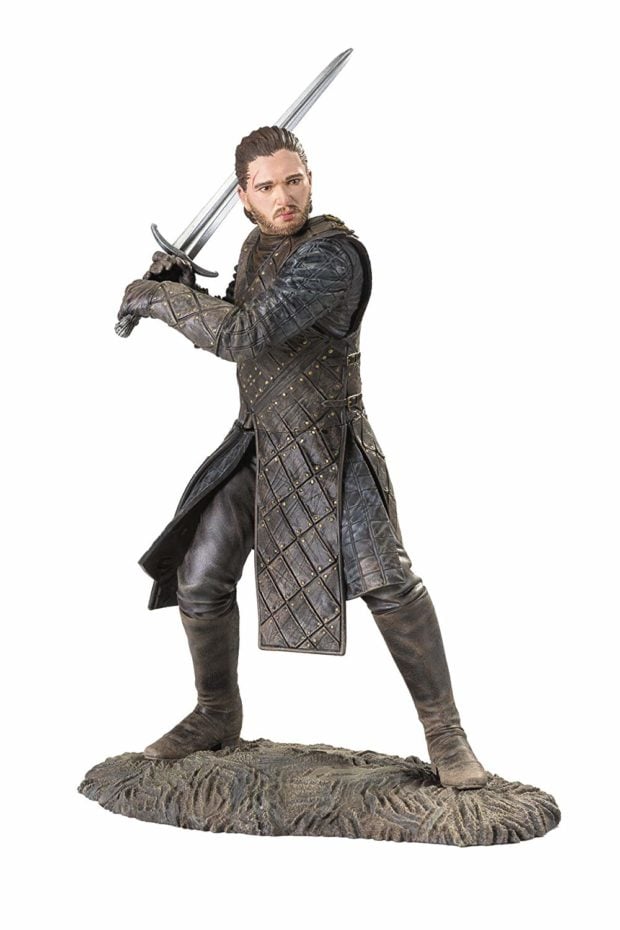 Fans of the series will want to check out this statuette from Dark Horse Deluxe that shows Jon as he appeared in that fateful battle, wielding his sword Longclaw. The statue is made from plastic and stands 8-inches tall. The hand-painted statuette is very detailed, though I think the face sculpt is a bit odd.

Still, it would be great sitting on your knick-knack shelf or desk. You can grab one from Amazon today for just $22.49.